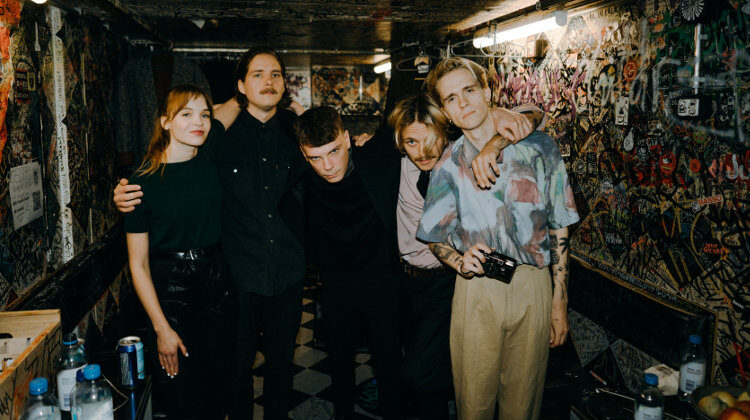 We’ve got a blinding ‘New Music Fridays’ this week, with five fantastic tracks to bring in your weekend. From indie pop, to fuzzy rock and psychedelia, we’ve even got a bit of R&B thrown in for good measure. As always, give the pic a click to have a listen. Enjoy!

This Finnish indie-rock five-piece from Helsinki really are one to watch out for. New track I Don’t Know is based around being bipolar and how it can take a huge toll on things. Its power is in its big energy as guitars wail and push forwards into a catchy and vibrant chorus. The drums provide an enigmatic flow that’s hard not to appreciate and the vocals hold everything together nicely. Mesmerising stuff.

The musical output of London-based producer and songwriter Olly Toomey, Sinnerman has a beat-obsessive demeanor that grows with every listen. Settling into a soulful, lo-fi vibe, it has a little essence of Damon Albarn’s solo work before it arrives at an uplifting chorus, completely changing up the nature of the track. A fine piece of songwriting that gets more addictive with each listen.

KØLA – No Place for a Loner

This song is dedicated to all the dreamers out there. WIth an indie-electro vibe, the track pulses along against settled keys, a strong drumbeat, and well-tailored vocals over the top. The track constantly changes up its atmosphere and has a mentality based around sticking two fingers up to those that drag you down. This is something to listen to when the world is getting to you.

Swirly trips and dirty riffs are the name of the game with Spiral Drive’s Playing Dead. With a psychedelic indie rock sound, the track floats forward on a wave of fuzz, taking time out after the chorus to focus on a more serene section that once again builds up mercilessly. There’s plenty to keep the track interesting, with hooks aplenty and some rough and ready vocals.

R&B Songstress Ayia Gold knows how to go about layering a soulful, vocal-focussed track. One of the up and coming artists helping to shape the UK R&B/soul scene, Missing You is a slow builder that takes it’s time to show its layers, but once it does and Ayia’s vocals come out in their full glory, you’re hooked. It’s also got that retro, feelgood nature that we all need at the moment.