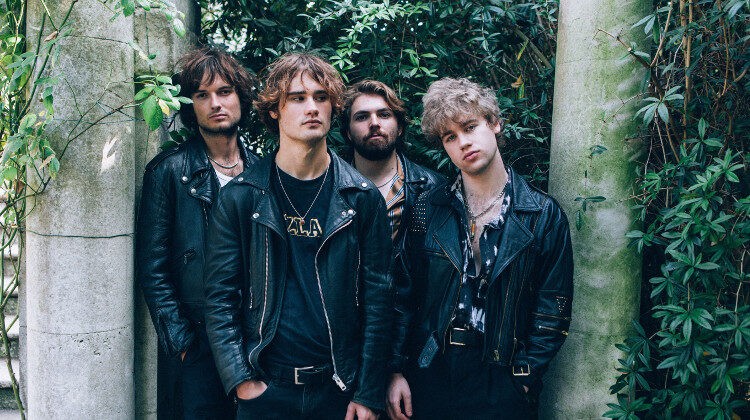 Welcome to the end of the working week, people! With the weekend to look forward to, there’s nothing better than checking out our New Music Fridays tracks below to get you started. As always, click the pics for a little listen.

Rock ‘n’ Roll isn’t dead if The Velvet Hands have anything to say about it. Harking back to a mix between 90s rock and looking back a little further to bands like The Rolling Stones, Star has all the energy and guile to push forward amongst raw vocals, big guitar licks and a powerful chorus. The trumpets and soulful backing vocals also bring shades of Primal Scream as the track bombs onwards to its conclusion.

With the intention to release a song a month and release the tracks as an album at the end of the year, Ugly Smile’s Good intentions is the 3rd release out of the twelve. With a gradually building indie rock sound, the track slowly rolls onwards amongst fuzzy guitars and scratchy vocals before hitting hard in the chorus. It knows when to hold back and when to go full throttle and has that indie-anthemic sound ripe for a summer of more freedom.

With an inimitable R ‘n’ B style and playful attitude, Body from Jessica Wilde has all of the soulful summer vibes and subtle flows to make your weekend. Based on the singer being done with playing nice and being suckered in by the wrong men, Jessica builds on a jazzy atmosphere that is lyrically empowering and shows off dexterity and confidence that others can learn from.

Seafoam Green – House on the Hill

With a hippy alt-folk sound and a gritty psyche-Americana flow, House on the Hill is a fun and addictive rock n roll track with soulful undertones. With beats and bars similar to 70s supergroup Humble Pie, the band appears to have the same camaraderie and playfulness that grows as the track continues. Oh, and Hammond organ. Everyone loves Hammond organ. Great stuff.