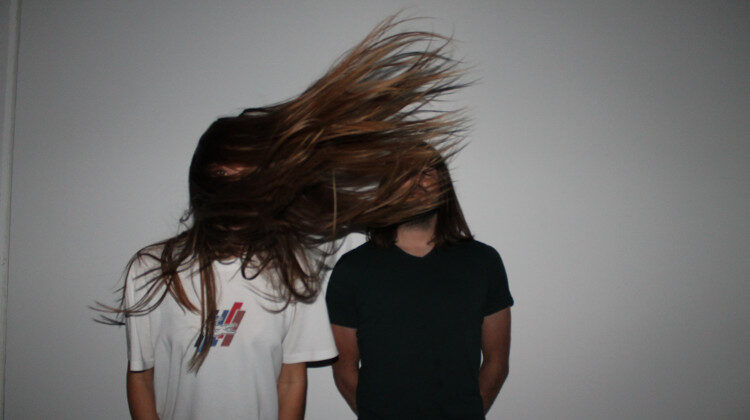 Welcome to April, people! Another month down and another month closer to less restrictive lockdown rules for many of us, worldwide. For everyone else, hang in there! Start the month off in a great way by listening to the four tracks below; we guarantee you’ll feel better afterward. As always, click the pics for a listen.

Emma Barber and Alex Roman are The Hisunz, formed in East London but hailing from Spain. CNTRDCTNS is equal parts The Strokes, The Kills, and The XX, built around a fast-paced drum beat and layered over with dreamy guitars and vocal melodies that float but still bring a certain power to the track. It’s mesmerising stuff and does frequently call on dance-style rhythms to complement the hybrid nature of the track. A fun sound that will get you going.

Austrian band Aux Portes mix a psyche-rock sound with genuinely pleasing melodies on new single, Baby Trip. Feeling like a cross between 90s Britpop and 70s psyche, the track floats forward on intermittent, fuzzy guitars and scratchy vocals that bring the track out of its shell. It’s not full-throttle, but it doesn’t need to be, perfectly content to take its time to build an interesting atmosphere and pull out a guitar solo or two when needed.

The People The Poet – Walls

Wales band The People The Poet release new track Walls, based around the journey of a relationship and building someone’s trust brick by brick. It’s a settled beginning that builds nicely against a tailored guitar riff and a vocal track that gradually comes alive. The guitar work helps hold back or push forward the track when necessary, with the music containing more than a hint of U2. A strong track.

A side-project of The Weekend Run Club’s Bridget Stiebris and Haley Blomquist, OK Cool have hit on a great sound with new track, Hypervigilant. With a layered, contemporary-folk sound, the track builds against haunting vocals and bigger drum and guitar tracks than you first realise, gradually swamping your mind with a wall of ethereal sound. There’s a lot going on but if you just sit back and let yourself go with it, the song really opens itself up. A grower that needs a couple of listens to really appreciate.