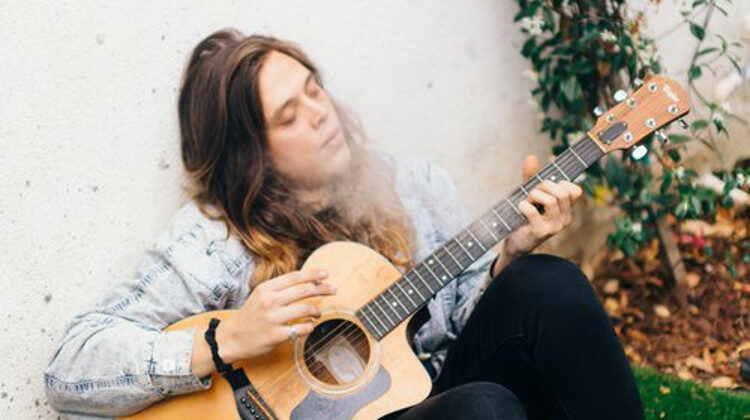 We’ve gone all 90s indie with the end of August on the horizon! Maybe we’re missing the festivals this year, but these indie rock beauties below will brighten up your day and leave you heavy with nostalgia for walking around and listening to your favourite bands at festivals gone by. As always, click the pics for a listen.

This fun and self-assured stoner anthem oozes style, confidence, and grace. Building on a rapidly growing grassroots base, SHOCKEY is showing the world what a strong songwriter he is with HIGH highlighting that the delicate verses can be done away with at the drop of a hat for playful, vibrant tones, heavy guitars, and big anthemic drums. Its, at times, epic nature draws on 90s indie, but also throws in some 80s pop to smooth everything out, all topped off with a strong vocal performance that holds everything together. Great stuff.

Starting to find their feet with fans and radio play throughout the UK, The Rift by Chappaqua Wrestling is a grungy, powerful piece that ebbs and flows to perfection. It’s big, central riff is built around dirty, fuzzy guitars and powerful but subtle vocals that suit the 90s indie rock sound perfectly. With influence coming from the poem The Masque of Anarchy by Percy Bysshe, it really picks up where the poem leaves off to create a great piece of music.

Cream with a K – One More Round

Written and recorded at home during quarantine, One More Round from Cream with a K is a 90s pop lullaby that floats along on dreamy vocals, settled guitars, and a shoegaze atmosphere. You could imagine this playing at a 90s prom or the end of a teen drama as the credits roll. Building into a delightfully ballad-laden spectacle, the vocals never let go of the melody, instead holding it steady to keep the song on its flowing and pretty road forward.

HotKid – Push Us Out

The riff-driven Push us Out is designed as an ode to anyone struggling to make rent, make payments or find affordable housing. Once again the sound harks back to 90s indie and pop grunge such as Sonic Youth or Pixies, but also bands like Garbage or Sleeper. With a chorus that will likely be stuck in your head for days, the track saunters forward on a wave of nostalgia, but also bringing in strong ideas of its own. Indie rock at its best.

With a sound that reminds of bands such as Radiohead in their prime, Firing Squad builds gently but slowly like a flame being fed before suddenly roaring to life amongst big drums, epic layers, and an incandescent atmosphere. It then pulls back this power, as much confidence in the quiet as it has in the brash before slowly coming to a close. The vocals are never overused but instead form an integral part of the build-up. Sounding like a close cousin to Paranoid Android it’s just as vibrant and addictive.