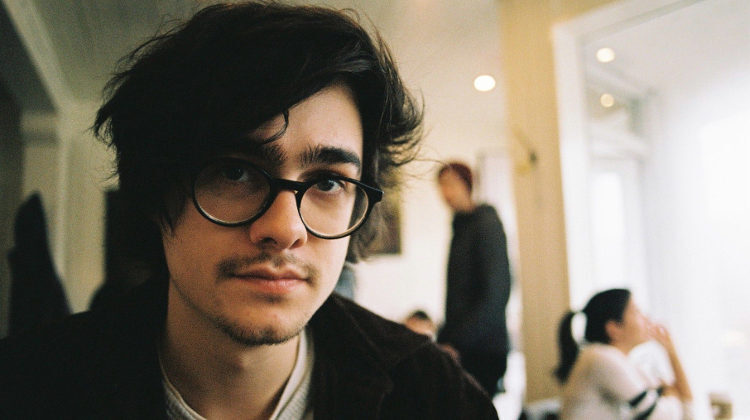 We have a bumper issue of New Music Fridays this week with six fantastic tracks to bend your ears around. It was impossible to whittle these down to four so enjoy some wonderful indie-pop, indie-folk, fuzzy flows and big ol’ choruses by clicking on the pics below!

Starting as a response to seasonal depression, Zach Kleisingers’ Seasons Changing is a beautifully structured indie-folk track that just begs to be listened to. With warm vocals that lead the track onwards, Kleisinger takes the source material and turns it on its head, moving through a series of relatable issues. With a sultry harmonica, sliding guitar and appealing backing vocals, the track is well-rounded and emotionally sound.

Alt-R&B Newcastle-based band Lyras provide a jaunty, drum-driven track that is hard to resist. With a grungy, bassy synth also pushing the track forwards, the vocals glide effortlessly over the top before switching things up in the chorus with a more indie-pop sound. With hints of jazz and soul thrown into the mix, it’s a song that isn’t afraid to try new things and succeeds every time.

After some folky, grungy indie-pop? HotKid has you covered with track, Letter. Shiloh Harrison plays guitar in the perfect way to bring out all the power and energy in this emotionally driven song full of fuzzy guitars, intense lyrics and wonderful flows. Inspired by feelings of frustration and restlessness, the track has a bright, burning energy that is impossible not to get swept up in.

She Drew The Gun – Behave Myself

Described by the band as punk flavoured pop for people who don’t want to behave themselves, Behave Myself has a beautifully constructed synthy post-punk sound that will dance around your mind for days. With a distinct spoken word style in the verses, Louisa Roach manages to control the flow of the track perfectly, diving into a dirty guitar solo later on before building the dreamy chorus and indie-pop sound. Fantastic.

Izy Bandha – Do You Wanna Be Mine?

Dirty and dark indie rock is the name of the game here, with Izy Bandha revealing a vulnerable and personal sound further amplified by her playful vocals, reminding at times of French singer-songwriter, Soko. With the drumbeat holding steady and allowing the track to saunter forward seductively amongst the obsessive, emotion-driven lyrics, it really is powerful stuff.

Born out of a real nightmare, Haleigh Bowers examines the green-eyed monster through angsty and spirited guitar sections and an indie-folk flow that builds amongst pop undertones in a perfect way. With a big and bright chorus that bursts from nowhere, the track is catchy as hell and leaves you wanting more from the talented artist. Keep an eye out for more from her because she’s going places.