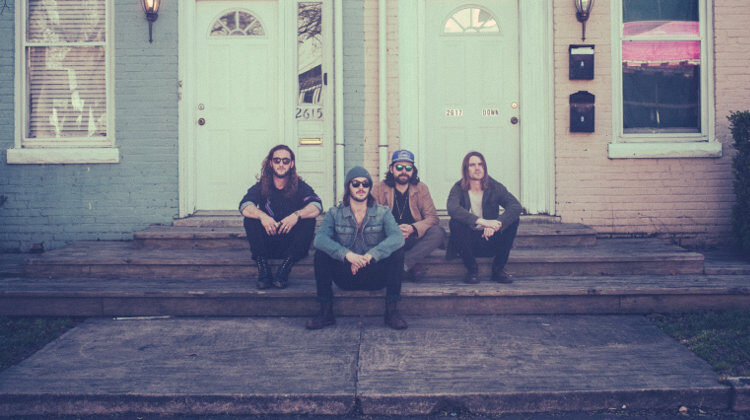 The end of September sees a bunch of fantastic new releases from both well-established acts and up-and-coming bands. As you well know, New Music Fridays focuses on the latter, so wrap your ears around this week’s choices featuring dirty rock blues, summery lofi, and 80s influenced indie. Click the pics for a listen.

The Mammoths – Livin’ In

Being the final single from The Mammoths’ unreleased debut album, Livin’ In really had to show off what they’re all about, and it really does. With a rolling, dirty blues sound, it saunters along in rock debauchery before hitting a groovy riff-laden chorus. With fuzzy vocals and a garage rock flow, it has the essence of bands like The Black Keys but adds powerful energy and playfulness. Powerful stuff.

James and Julia – I Won’t Let You Fall

With a settled, soulful sound, married duo James and Julia really know how to bring a song out of its shell. With a retro pop groove, I Won’t Let You Fall is a sweet ode to love that will have you gently swaying before you even know it. With James and Julia alternating between verses, it gives the track a distinct flow and a variety that helps keep in interesting. Fine work that shows music keeps a marriage alive and kicking.

We came across this lo-fi pop nugget and just can’t get it out of our heads. Light and breezy with a dash of surf-pop, it’s the perfect accompaniment to a summery day with the wind blowing through your hair and the sun on your face. Based around coming to terms with people’s flaws or embracing them, the sweetly innocent vocals contrast the clever lyrics perfectly and really bring out the contemplative elements of the track.

Nine Moves West and Mary Jo – Death of Me

With a retro-futuristic sound, Nine Moves West borrows from 80s rock and brings it up to date with modern recording techniques and a distinct nod to bands like Muse. The track rolls along pleasantly before hitting really hard in the chorus with big sounds, big vocals and an ever-growing presence. Mary Jo helps bring added power to the vocals at points throughout, especially in the chorus where it all comes together perfectly.