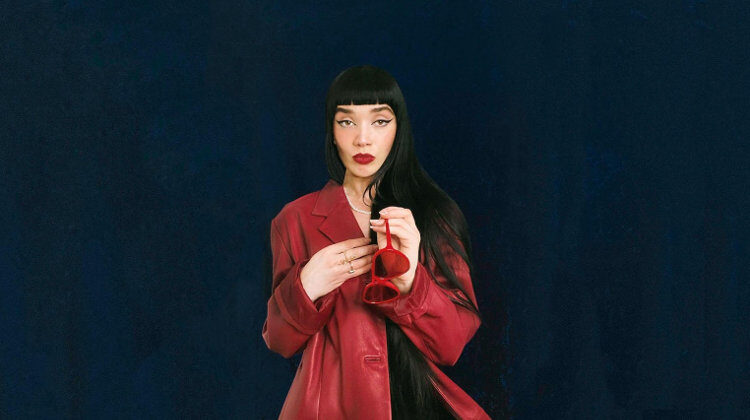 Mid-June brings with it a plethora of great music, and we’ve filtered through it all to bring you 5 of our favourite tracks we’ve been listening to this week! From alt-pop loveliness to bossa nova-styled beats to ballad-driven flows, delve in below and click the pics for a listen!

Freya Beer – The Calm Before The Storm

Kicking in with a thumping drum beat, Freya Beer’s vocals dance around until suddenly, grungy, fuzzy guitar comes from nowhere and takes control. Staying true to Beer’s ethereal identity, the track mutates into a riff-driven, pulsating indie-rocker that is impossible to resist. Taken from her debut album Beast which is being released in the autumn, this track shows the promise of what’s to come from the artist and a record to look forward to.

Holly Humberstone – The Walls Are Way Too Thin

Touted as an artist breaking through in the year that covid changed the world, Holly Humberstone’s The Walls Are Way Too Thin is the perfect track to show why people are so excited about her. Based around settled, synthy beats, the track gradually builds against Holly’s matter-of-fact lyrics and gentle lofi flows. It’s the perfect mix of 80s atmosphere and modern alt-pop that arrives at a catchy as hell chorus. Lovely.

London-based musician and producer MUCA, aka Murillo Sguillero, has really upped the ante with Until We Meet Again. Enlisting the help of Alice AK’s strong and soulful vocals, she brings an extra layer of London flavour to this Bossa Nova-styled sound. Roberto then brings the track to life with his skilled acoustic guitar rhythms that lead the track forward on a merry dance. It really is a fusing of the old and new.

Newcastle’s very own Andrew Cushin shows off his penchant for melody and structure in the warm and inviting track, Memories. Exploring the true meaning of masculinity in the present day, the track saunters forward with a confident energy, openly reflecting on mental health and the difficulties of the last year. It does this amongst ebbing flows and a bright chorus and shows off a strong example of what the artist is capable of.

UK pop singer-songwriter Mimi Webb shows us what she’s all about on this stirring ballad. Based around a formative, youthful romance, the track’s beginnings quickly develop into a beat-driven, soulful chorus that is perfectly suited to Webb’s vocals. The ‘dumb love’ Mimi sings about is when we fall head over heels for someone and have no control over it, with the track perfectly portraying the heartbreak and (eventually) humour that can come out of the situation. A strong and well-thought-out track.