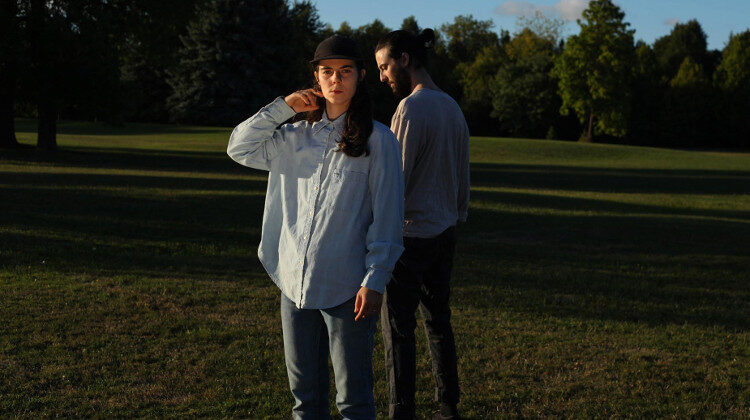 It’s all about an overall summery vibe on this week’s New Music Fridays. Dream pop, settled indie and 70s folk-tinged loveliness all play a part in making this a great bunch of tracks that deserve a listen. As always, click the pics and set your ears to stun to brighten up your day!

Innovative Montreal-based duo Hansom Éli really know how to genre-cross to perfection. Track Summer Rise is a great example of this, bringing in gentle indie dream-pop amongst hip-hop beats and a funky underbelly. The track saunters along under its own steam, in no rush to impress, but instead seeps into your mind slowly and eventfully. You’re bound to be in a good mood if you listen to this before starting your day.

Another Summer, dreamy pop track makes an appearance on this week’s New Music Fridays, this time with a jazzy, psychedelic twist provided by Getaway Dogs. The brainchild of Brazillian-American songwriter Kai Killion, Keep II at first pulsates before settling down into a groove of nice beats and hypnotising melodies of the self-called ‘soul-lovedream-lullaby’. As much relaxing as it is tantalising, it’s one of those tracks you just need to sit back and enjoy.

Dig is a track about codependency written through the lens of seeing another person in a struggle you’ve overcome. Its hard-hitting inspiration sits well against the indie rock vibe as the track comes alive in the chorus, helping portray the harm we can cause ourselves fighting for others. The gentle guitars in the verses work well against the fast-paced drums, with vocals full of emotion and knowledge. It’s a personal track that others in similar situations will be able to relate to.

Indie Pop group Remington Super 60 (great name) hail from Norway and offer a slice of summery pop to take our mind off the craziness of the world. With a Beach Boys undertone with lengthened, drone-laden keys throughout, this is put against a Velvet Underground style of pace and structure. The vocals float forward on a cloud of loveliness as the chorus pierces through the darkness to lighten up the whole affair. Dreampop at its best.

With a stirringly powerful voice, the folky, blues tones of Liz Jones’ Mother Earth see’s the singer in a more settled atmosphere that takes its time to build an interesting and catchy atmosphere. Being an optimistic take on atheism and plodding through regret, Liz is opening her soul for all to see amongst a 70s folky vibe. The layered vocals really open up the track and provide that extra serenity that really makes it work well.