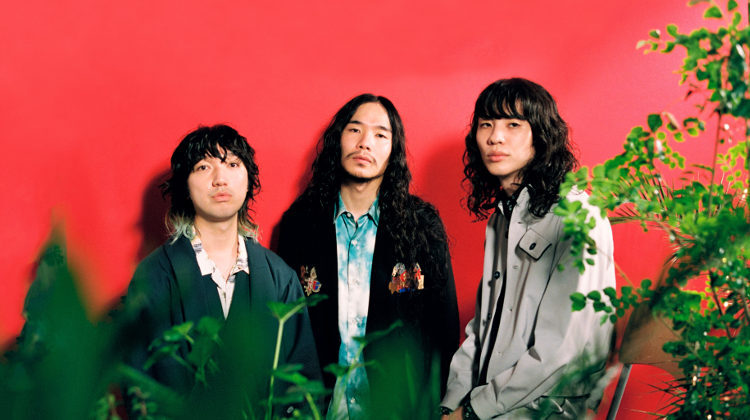 Welcome to the end of the working week, people! Do you know what that means? Yep, that’s right, another 4 amazing tracks from ‘New Music Fridays’! This week with got some dreamy indie-folk, some settled indie-pop and Americana-fuelled indie-rock… yep, we’ve gone all indie on you! As always, click the pic for a listen.

Touting electronic elements of Tame Impala and the coolness of ‘Madchester’s’ guitar-rock as influences, Happy Blue Monday is a track draped in thick beats, playful bass and highly strung guitars. Bouncing along on a jaunty rhythm, you don’t need to understand the Japanese language to know these boys had fun creating this. Its addictive melodies would make this sound great in any indie-pop dancehall with a chorus straight out of a Strokes songbook. A great start to this week’s New Music Fridays.

The ambient indie-pop of Jon Reynolds & The Aches’ Imogene really is beautiful on the ears. With more than a hint of Americana forming the base of the track, built on top of this are powerful vocals, a dreamy soundscape and gentle, floating guitars. Based on messages of personal growth and discovery, the track really comes out of its shell in the second half as the energy rises and guitars become more prominent. A truly uplifting track.

London singer-songwriter Luca Wilding sets inner-beauty free amongst wonderfully realised folky flows and a gently growing atmosphere. Ethereal vocals build into a catchy chorus that finishes quickly, but still leaves a lasting impression. Based on a story of a woman’s shackled beauty and desperate to break free from darker days, the dream-folk sound has a haunting quality to it that will stay with you long after the track has finished. Mesmerising stuff.

Touching on modern soul and with more than a hint of The Velvet Underground about it, Powerlack takes its time to grow into itself amongst settled guitars, pop-laden melodies and interesting vocal arrangements. It manages to draw both on the past and present to make the indie-rock sound really stand out, but also manages to feel instantly recognisable and catchy. This really is a well-produced track that sounds like it’s been around for decades.