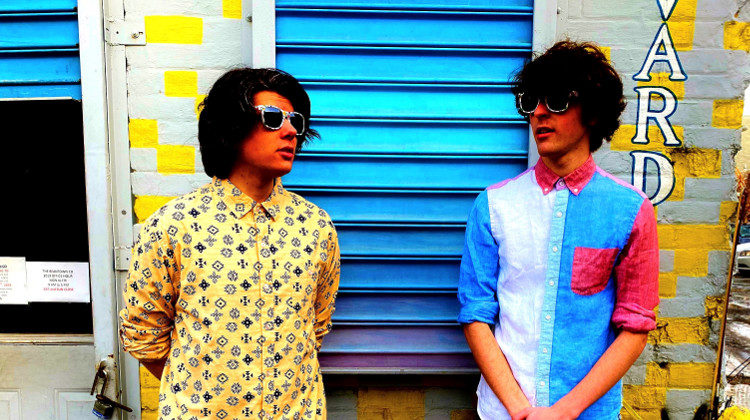 Happy Valentines Day music lovers! What better way to spend the day than sitting down with your other half and listening to our favourite tracks of the week? Below we have four tracks covering soul, rock, indie and pop to get your heart pumping. As always, click on the pics to have a little listen!

Cap’n Marble is a basement project from frontmen John Dasilva and Ryan Arshonsky, and their penchant for rolling beats and playful guitars is what makes Loneliest Friend such a catchy track. With vocals sounding like a chilled out Liam Gallagher, they lead you on a serene journey through eclectic melodies, intermittent stops and breaks, and some beautifully constructed melodies. An indie-pop beauty where you’ll find something new on every listen.

Undeniable is a retro-soul classic fit for Valentines Day. Creative director Ray Cetta takes the driving seat on this venture, as Naomi C Walley’s vocals deliver a powerful performance that knows when to pull it back and let the music do the talking. The funky guitars and settled drum beats all lead to a chorus where Walley unleashes her merciless energy, combining sophistication and elegance in a most danceable way. If you’re after a funky day of love, look no further.

Toronto-based producer and vocalist Very Very manages to tangle R&B, indie, and pop in an interesting and unique way with new track Badlands. One part Lana Del Rey, one part Kate Bush, and another part Bat for Lashes, the song saunters along on a floaty, indie soundscape that forges a moody atmosphere, gradually opening up as it progresses. The vocals really are the mainstay of the track, taking the listener by the hand and leading them throughout to the song’s conclusion.

Rock ‘n’ roll from the outset, Whiskerman’s Fuck Yeah struts like a beast that’s just been uncaged and on the rampage. Jittery vocals wrap around the guitars and drums, playing a seductive devils dance as lead singer Graham Patzner belts out “I’m a king, I’m a condor”. Not low on confidence then. It’s psychedelic, glam rock sound peaks and troughs against the usual fast pace, slowing down for a tripped out section with layered vocals and colourful sounds that work well to break it up. Good work from the Oakland 5-piece.