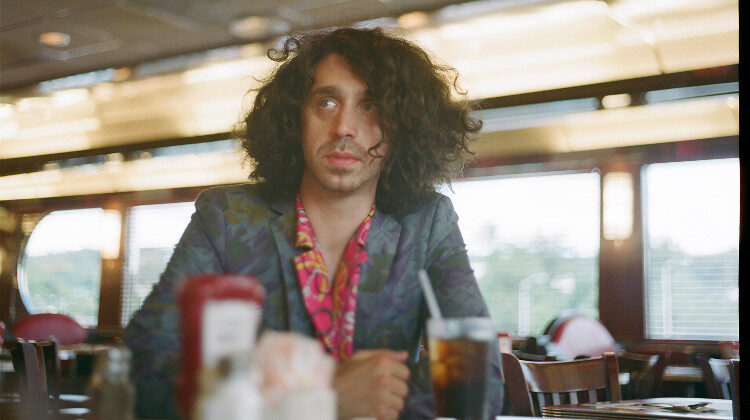 July has been great for new music. I think it may be something to do with the easing of lockdown in certain places bringing out the best in artists raring to get back to normality. This week, we take a listen to some awesome tracks ranging from funky nu-disco, political folk-pop and haunting bluesy beats. As always, click the pics for a listen!

The solo project from Eric “Doc” Mendehlson, new track Diamond Man delivers a tongue-in-cheek atmosphere that’s hard not to love. With a bright and funky neo-soul sound, bass drills down into your mind as nu-disco synthy sounds build an impressively catchy vibe. Vocals are the key to holding everything together, strong enough to really wail when necessary and drive the track forward when needed. Silky smooth stuff.

With seductive indie pop tones, new track Eyes Wide Open from Samantha Tieger flaunts its prowess with an open heart and brave lyrics. The alluring mid-tempo beats draw comparisons to a pulsating heart before arriving at a light and airy chorus that opens the track out wide. The breathy vocals create the perfect setting for the subtle pop tones to be built around, allowing Tieger to control the sound perfectly.

When discussing the track, Madeline believes it’s her most powerful creation she’s made to date, and we’d have to agree. With a subtle sound steeped in deep blues and dark folk, the settled Nashville drums create the gentle pace for the rest of the track to be built around. As they flit in and out, the atmosphere grows in a haunting fashion that allows Madeline’s vocals to really take hold when necessary. A deeply personal track and with added poignancy when you know the crafting started during a panic attack.

Written as a call to action and to raise funds for the BLM campaign, Your Voice is a fight for justice amongst laid back folky sounds. To begin with, you might not feel that this type of track has the strength to call for change, but it’s in the lyrics where the real power lies. Garrett has a real talent for calling things as she sees them and will present them in the way she knows best: amongst docile tones and strong lyrics: “Take to the streets and use that privilege like a shield, shelter those that have suffered too long”. A pretty yet powerful track.

Touted as a self-love song for anyone trying to get their shit together, Gabby Michelle’s Twenty Something bounces along into a cleverly layered chorus that plays with beats in a really great way. Michelle experiments with different layers and vocal styles as the track progresses, but it really shines with subtle undertones of pop and folk. Twenty Something shows it’s ok not to be ok, and everyone is like that at some point in their lives.