Home » articles » Natie: In The Key Of Fall EP – Review 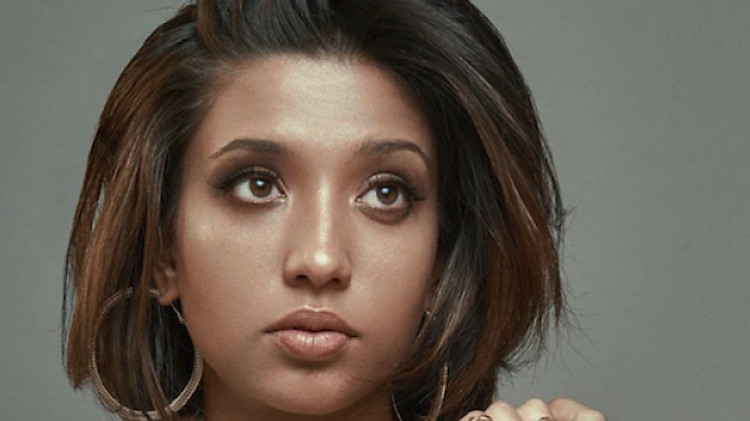 After playing violin for Beyoncé, Natie decided to break solo and release her first EP In The Key Of Fall. Using her violin skills to inspire her tracks, the French singer also explores her cultural upbringings partnered with some R&B to take us on an emotional journey.

HKHT has a mystical beginning which turns into a sexy R&B track. The synth effects blend perfectly with her stunning voice. Talking about a boy from her past and how she’s trying to get over him, His kiss, his touch, his warmth, his words is repeated in every chorus. The vague descriptions create visuals for anyone listening, relating it back to their own individual experiences. The outro is interesting as it transitions to a percussive section which sounds like a completely different song altogether. It still uses the same vocal melodies to assure the listener that this is in fact the ending of the same track, stopping the song from feeling too repetitive.

The percussion in Gone takes you to a remote island in the Caribbean which is carried on throughout the entire song, making you want to groove along with the beat. Although Natie is a violinist, her vocals really shine through on this track and her controlled transitions between falsetto and chest voice is something so strong and easy to listen to. It captivates the listener and makes the song sound even better than it could be in its bare bones. When Rosehardt comes in (the only feature in the entire album) the voices blend so well and the song instantly becomes more interesting to listen to; a great addition to this track.

Natie tries something different with Summertime High. With the same smooth, sexy vibes, she then shows us her other talents and starts rapping. Creating Iggy Azalea vibes, Natie transforms from sad to sassy, with the track featuring a great middle section that really keeps the record original and exciting. Followed by a nice violin solo, we can learn all about Naties’ feelings and passions just through this one song.

Overall, for a first EP, Natie has pulled it out the bag. Her appealing confidence and slight vulnerability communicate effectively with the listener and her talents can’t be faulted. It inspires to try something new, follow your dreams and do what you love.