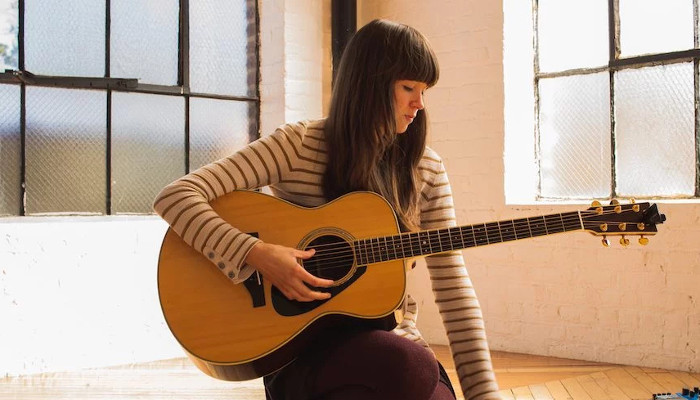 With the vinyl revival in 2013 being nowhere near where it is now, we inevitably have missed out on a multitude of spectacular releases which seemingly would never be pressed onto wax. Now, thanks to label Small Pond records, Kent singer-songwriter Natalie Evans’ is set to have her debut EP, Houses, released onto vinyl for the first time on the 13th September.

If you are unfamiliar with Natalie Evans, she writes gentle songs with simple arrangements, and her voice is fragile-yet-beautiful. All six tracks on the original release of the EP are superb, but the true highlight is the title track – Houses. The repetitive finger-picked guitar (where even the scratches of the string sound good) in combination with the high-pitched percussion is hypnotic, whilst the melody has a nursery rhyme tendency. It is a very elementary song, becoming comforting after the first listen, and this can be said for the whole EP. 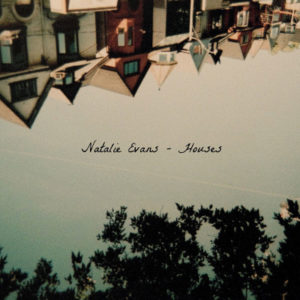 This special edition release sees a collection of live recordings also added to the B-Side of the 12”, with songs from both Evans’ AGL Sounds Session and Small Pond Session. Throwing in ‘unheard’ or ‘alternate’ takes seems to be all the rage recently, and often adds nothing other than to pad out a release. This cannot be said for Houses. Her talent shines on the B-Side, as it sounds equally as good as the studio releases, with alternate musical arrangements. The title track in particular features a rhythm section, unlike the studio release, and the drums brilliantly fade its hip-hop beats in and out to perfection.

Like most artists, it would have been easy for Evans’ to release a live version of just her and an acoustic guitar; however, she has produced quality content, that greatly adds to the original release. It is almost a throwback to the glory days of 12” singles, having alternate versions of the same songs to pick and choose your favourites.

For such a small release, it would truly be a crime to skip out on purchasing this EP. Though Evans’ has a loyal cult following, she deserves to be recognised worldwide for the uniquely beautiful work she creates. Natalie herself says that “as my first proper release back in 2013 it will always be something I hold very close to me.”, but it should be something we hold close to us all.