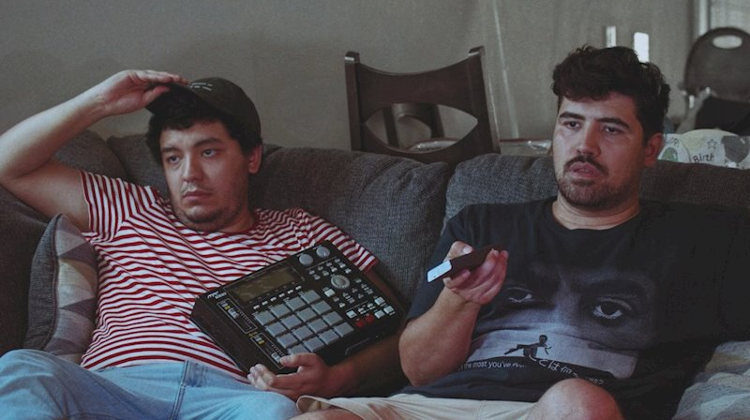 Mother Ghost build up synthy layers of post-punk on the energetic and immense debut album, Somnámbulo.

Mother Ghost, the duo made up of brothers Oscar and Thomas Flores have had a tumultuous time recently, and that comes through on their new album, Somnámbulo. The record took several detours due to the tragic death of key producer James Vehslage before completion and also the covid pandemic hitting the world during the build-up. The album, however, was miraculously finished and the DIY, post-punk, electronica-influenced sound feels fresh and well-earned.

Starting with the wonderfully named Hiding in a Dumpster Waiting for Ice Agents to Leave I, the album gets off to a fuzzy, synthy and political start, energetic guitars providing punk undertones and lyrics influenced by Trump’s election and presidency: “The centuries you take from me, we give and give and don’t ask why.” It’s a nice mix of ideas and shows off the strong melodies and song structures that are littered throughout the record.

Ungrateful follows with a more New Wave sound, taking its time to come out of its shell amongst reverberating synths and heavy, thumping drumbeats. Vocals don’t enter the fray until around the mid-point which allows the listener to focus solely on the atmosphere building.

As you move through the record, the electronic instances in the music get more apparent and, at times, begin to take more of a focal point. White God is a beautifully realised track that tailors emotion and melody into a pulsating sound that refuses to ebb away. Waves uses samples and an almost hypnotising opening that is gradually enveloped by an addictive bass beat and drums that clear the path forward. An album highlight for sure.

As we get to the later cuts, the experimentation is in full flow, and a more even mix of rock and electronica rely on each other to form an energetic and hard-hitting sound. Criminal sees the brothers building a relentless sound that may be overwhelming for some, but effectively relies on a heavy atmosphere that cuts and swerves in interesting ways. Avarice leans on the political once again, but this time featuring more anger and disdain against fuzzy bass and a rawness in the drums and vocals.

Somnámbulo by Mother Ghost is a hard-hitting record that, at times, encapsulates aggression against infectious grooves, but can also strip back to more docile build-ups. The synthy layers give off an added dimension to this raucous and emotional record that can be both enigmatic and powerful.