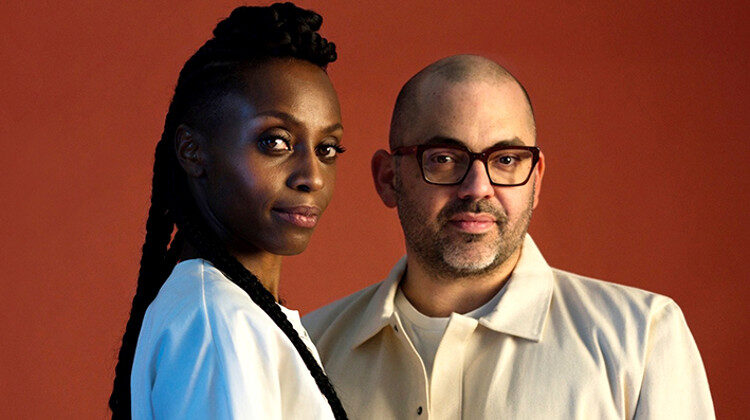 Morcheeba have given us their tranquil new record, Blackest Blue – an introspective collection of tracks that allows the listener to simply stop and reflect for a while.

Addressing themes that range from romantic relationships to cannabis, Morcheeba’s newest album Blackest Blue is described by the band as being a record that is about ‘finding a way through the darkest of times and emerging the other side changed but intact’. This is a refreshing outlook: as pandemic restrictions lift in various parts of the world, it’s easy for us to focus on returning to normality without acknowledging that we may not be the same person as before – and this album helps the listener do just that.

The opening track Cut My Heart Out sets the tone for the rest of the record: a smooth, sensual bass, swirling guitar lines in the interludes and lead singer Skye Edwards’ fluid, intoxicating vocals. Along with the chill-out factor come lyrics that juxtapose positivity with hardship in songs such as Killed Our Love: ‘Ooh, what a lovely day / For it to fail this way / Driving to the station in devastation / With a clear blue sky.’

Elsewhere, the mournful break-up tune Say It’s Over presents a soulful duet between Edwards and featured artist Brad Barr (The Barr Brothers, The Slip). The harmonies in this track really are divine, demonstrated by the way in which Barr’s and Edwards’ voices go together so well.

An interlude of sorts comes in the form of the instrumental track Sulphur Soul – a cool, sultry downtempo track with hypnotic synthesisers and guitar lines. Meanwhile, the longest track on the album at almost seven minutes long is Oh Oh Yeah, with Edwards’ vocals taking on a deeper and more sultry tone in places. Edwards says of the song:  ‘Oh Oh Yeah is a song about getting stoned. Back in the day we didn’t think about the A&R guy, the single, the “we need to hear the chorus in 30 seconds”. You’d have seven, eight-minute songs. So we went for it.’

As for the standout track on the album, for me at least that honour goes to the penultimate track Falling Skies – the chord structure as well as the slightly folk-inspired atmosphere brought about by the acoustic guitar both add that little bit extra to a song that is a cut above the rest of the album.

On the whole, Blackest Blue by Morcheeba is pleasant to listen to – the tracks are different enough so as to keep the listener interested, but chilled-out and ambient enough to allow your mind to wander whilst listening.