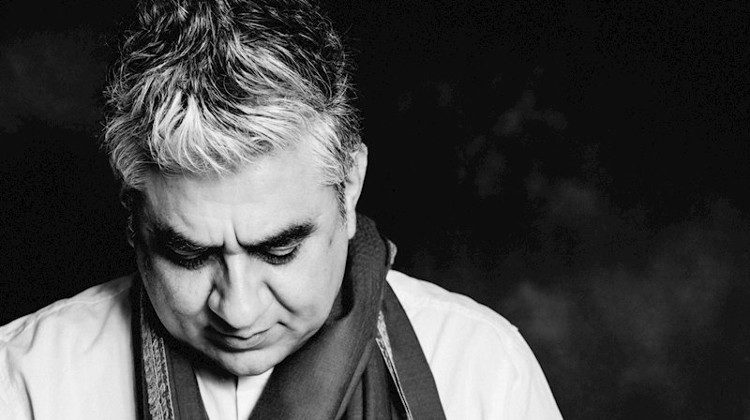 Mohamed Assani creates unique and impressive soundscapes in Wayfinder, encapsulating a dizzying amount of genres with the sitar at the helm.

Many would think sitar music has only one distinct style, but Mohamed Assani manages to blow this thought right out the water on new album Wayfinder. Using the record as a musical exploration, it brings in diverse genres such as electronica, classical music, rock, middle-eastern and jazz, to creates its mesmerising sound.

Awakening starts off the record with a settled synthy beat that introduces the bold and grounded sitar to the listener. Immediately uplifting and featuring a freedom of spirit, Assani shows off just why the instrument is such a refreshing yet intricate sound. As the track saunters forward, the playing becomes more diverse, the synthy beats grow into a mesmerizing thump and the track gradually comes out of its shell as more electro soundscapes are added. The music rises, falls, grows and holds back amongst its 8 minutes, drawing on both Middle Eastern melodies and pockets of western influences to create a playful yet appealing opener.

Serendipity, as the name suggests, is a more free-form track, Assanini seemingly drawing from jazz influences and trying out ideas with ‘off the cuff’ instances that work well. The background violins that float in and out give it film score vibe at times, whereas the sitar once again reigns supreme, wandering where it wishes against the dense forest of sounds and ideas. Lullaby for Guli then slows things down with a more serene, thoughtful atmosphere borrowing from classical music that gradually leads into RnB stylised drums and clicks that build a basis for the longevity and uniqueness. The sitar takes a while to fully be unleashed, this time playing second fiddle to the plethora of styles and changes throughout. There’s even room for a rock section that somehow still works amongst the mish-mash of genres.

As the record continues, there’s no hold up on ideas, styles and instruments being thrown into the mix, mostly working well. Khusro’s Footsteps enters 90s dance territory with the sitar once again taking its place at the helm, but maybe this time the track takes a little too long to build up to its good-natured mix of bright and twisting soundscapes. Darbari then enters the fray with its electro-chill sound perfectly suited to the wound back beats and some of the most inventive and raw sitar playing on the record. The album then ends with the fragmented and energetic Wayfinder, an eventful and all-encompassing piece that would have perhaps worked better earlier on in the record instead of as the closer. The chaotic sound is intriguing but a more serene and magical piece may have been better to finish off.

The way Mohamed Assani has manipulated, caressed and amalgamated so many different styles under the watchful rule of his sitar playing is nothing short of mesmeric. No matter what genre he taps into, it just seems to work as a whole with the sitar providing the overall key to holding everything together. At times it could be said it takes ideas a little too long to develop, but when the tracks hit their stride, the crescendos of sounds created are astounding. A unique and surprising record that will take you places you’ve never been before.