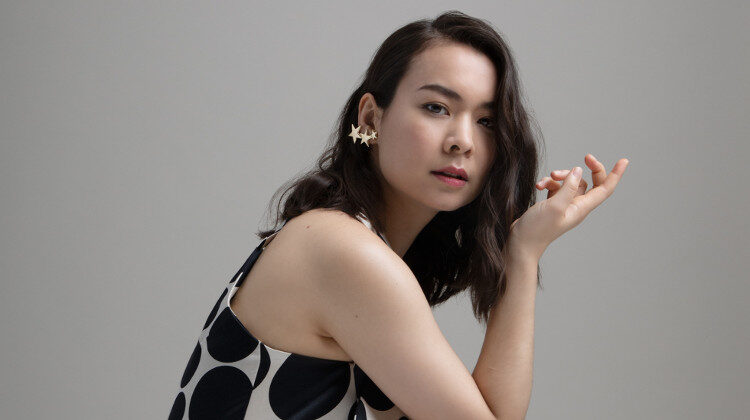 With her latest studio album Laurel Hell, Mitski once again proves that she is a true expert at crafting beautifully moving music.

I stand firm in the belief that discovering a brand new artist that you absolutely love immediately is one of the best feelings in the whole entire world. Sometimes, all it takes is for a friend or family member to show you a certain song for you to want to look up that artist’s entire discography as soon as possible.

At that time, I genuinely had no idea who Mitski was but I thought her name sounded intriguing, and after looking at her stunning album covers and hearing from my friend how good she was, I knew I needed to seek her music out. Long story short, I was certainly not disappointed.

Far from it, in fact. Mitski is a criminally underrated artist and one that definitely should be on top of the world. Her name should be mentioned in the same breath as the biggest indie artists out there, but that has yet to happen.

I can only hope that changes soon because Mitski’s sixth and latest studio album, Laurel Hell, is once again strong proof that Mitski is a true expert at crafting beautifully moving music. It’s nearly impossible to find a weak spot on this album – seriously, by the time it comes to a finish, you’ll find yourself wanting to replay it over and over again.

The album opens up gorgeously with Valentine, Texas which features a darkly chilling and methodical instrumental opening before Mitski comes in with her soothing vocals, singing “Let’s step careful into the dark / Once we’re in, I’ll remember my way around / Who will I be tonight / I’ll show you who my sweetheart’s never met / Wet teeth, shining eyes / Glimmering by a fire”.

This then flows right into what is by far the best song on the record – Working for the Knife. It’s injected with so much melancholy to the point where you feel like at any moment, something truly unsettling is about to happen instrumentally or vocally. Mitski’s opening verse “I cry at the start of every movie / I guess ‘cause I wish I was making things too / But I’m working for the knife” certainly adds to the song’s overall gloomy feel.

But it’s not gloomy in a bad or edgy way – far from it. It truly feels euphoric and features one of the strongest instrumentals I’ve heard so far this year. Another triumphant song follows in the form of Stay Soft, which is perhaps the most light-hearted song on the album – at least in terms of how it sounds musically.

If you were to play this song at a disco dance party, I am more than willing to bet that almost every pair of feet would be moving on the dance floor and honestly, who can blame them? A cross between The Weeknd’s stylistic 80s flair and Adele’s incredible vocal talents, this one is a surefire hit.

Not every song sounds like a huge dance party, however. This is perhaps best demonstrated on the multi-layered and genuinely staggering Heat Lightning, a song that feels so dreamy and buttery-smooth that you’ll wish it never ends. “Heat lightning running outside the window / I’ve laid awake since one and now it’s four o’clock / Though I’ve held on, can’t carry it much longer / On the ceiling dancing are the things all come and gone”, Mitski sings over a steady synth-pop beat.

Another one of my favorites is Love Me More, a feisty disco-pop anthem that I challenge you not to tap your foot along to while listening. It’s definitely not as superb lyrically as some of the other tracks on the album, but that certainly doesn’t make it bad.

As mentioned earlier, Mitski’s Laurel Hell is yet another staggeringly beautiful album that proves just how underrated the singer-songwriter is. Listening to this, it’s crazy to think that there was once a point where she struggled to find a record label. Anybody who rejects Mitski these days would look like an absolute fool.