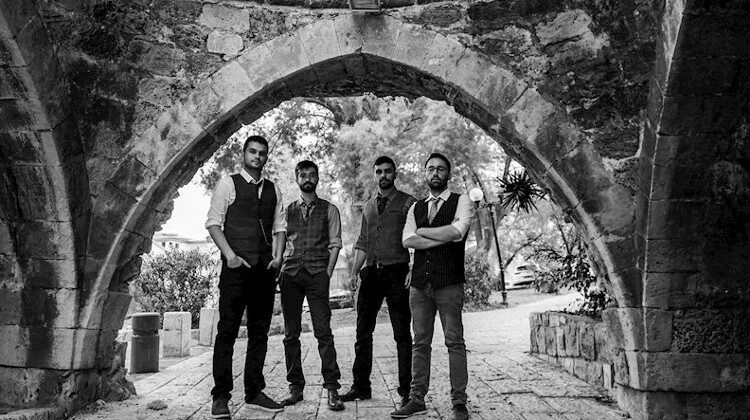 Mental Fracture create a tailored, progressive rock sound that jumps from idea to idea with Disaccord.

Israeli purveyors of thought-provoking prog-rock unite on their new album, Disaccord. Featuring nine tracks of dizzying twists and turns, expert guitar work and a playful nature, the record’s high-minded lyrics build up the energetic ebbs and flows against passionate flows.

Starting off with the short instrumental Echo of a Heartbeat, we’re straight away thrown into the broken world of Mental Fracture. A gentle and settled build-up between bass drums and serene, stripped-back guitars suddenly explodes into prog-rock loveliness, intent to wake you up and make you take stock of the world whilst preparing you for the tracks to come.

Summer Dies immediately follows, Yogev Shpilman given time to show off his guitar skills before it all settles down and Ori Mazuz’s vocals set in. Those vocals dance between the gentle rhythms as energy and power intermittently arises again guitar and piano in a playfully technical sound storm. It almost has a little ska about it that is unusual in prog-rock but manages to somehow pull it off. Goodbye Forever then hits hard from its opening notes, feeling more akin to a rock opera sound as a tale of malice and emotion ensues against big guitars and big ideas.

The beginning of the record really helps you to understand what Mental Fracture are all about, and as the album develops, it feels as though they have a little more room to try out ideas. Hello is a gentle yet caressing sound that shows the band are just as comfortable building a soft essence into mesmerising buildups, whereas Inception of Fear then switches back to good, old-fashioned prog rock, even bringing organ into the mix to give it a distinctly gothic feel.

As things start to wind up the band unleash two of their longest tracks on the record – first off, the enigmatic Clockwork that, although having a couple of parts that seem to be a little too disconnected, manages to build a story structure that the music follows mercilessly and knows exactly when to rock out. The record ends on Hearts of Stone with more of a classic prog-rock sound structure that sees the band really having fun as they flit from idea to idea with the guitar wailing throughout.

Disaccord by Mental Fracture is the sound of a band very skilled with their instruments and happy with the music they’re creating. Everything comes together nicely on the record with a couple of standout tracks that really show off the energetic and twisting nature of the songs they create. It might not be anything new, but it certainly hits home with aplomb.