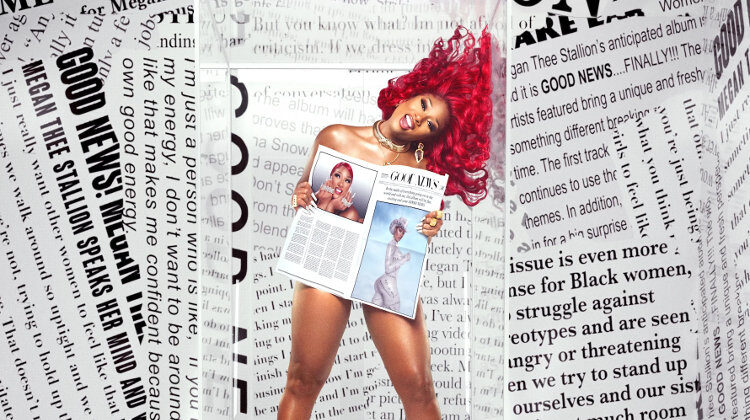 No matter what 2020 throws at us, it seems nothing can put a stop to Megan Thee Stallion and her immense productivity as she releases her second studio album of this year: Good News.

Featuring the already highly popular singles Girl in the Hood, Body and Savage Remix feat. Beyoncé, it seems there is no limit to Meg’s work-ethic, confidence and musical ability.

Straight away, Megan assertively enters the arena in full force as she openly discusses the Tory Lanez shooting from July in Shots Fired. She addresses the event numerous times, asking “Who you taking shots at goofy ass n***a?” and later declaring “Next n***a send a shot, imma send it right back”. Almost in the same breath, however, Megan moves on to wider issues close to her heart as she states “We still ain’t got any justice for Breonna Taylor” (Shots Fired). This focus on social and racial issues becomes entwined with her overt confidence later in the album as she remarks “Invest in this pussy, boy, support black business” on Sugar Baby.

While some may criticise her overt confidence, Megan fires back at stating “People say I’m way too full of myself/You’re right, and I ain’t even made it to dessert” (Don’t Stop feat. Young Thug). Moreover, Megan uses her self-confidence to empower others to be confident through her music. This is achieved through numerous collaborations (especially Do It On The Top feat. City Girls & Hot Girl Meg), lyrical humour “All them bitches scary cats, I call ‘em Carole Baskins” (Body) and overt assertions “If you in love with your body bitch take off your clothes!” (Work That).

Not only does Megan’s music empower her fans, but her technical ability and versatility as an artist also shines throughout the release. The mellow timbre of her voice combined with her distinctive dense lyricism and varied flows create an effortless style that sustains itself for the full album. In terms of genre, Megan jumps from R&B collaborations (Freaky Girls feat. SZA) to dancehall more melodic rapping (Intercourse feat. Popcaan & Mustard) to sampling the Jackson 5 (Go Crazy feat. Big Sean & 2 Chainz).

Moreover, Megan Thee Stallion uses these changes of sound and lyricism to explore various types of relationships, most notably Don’t Rock Me To Sleep which presents a pop-infused, melodic take on love (“Hair grown, money long, now I’m in the city/ All my friends like, “Girl, what you doin’ different?”/ Guess that fuckboy-free glow hittin’/ Waist snatched, ass fat, feelin’ real pretty”).