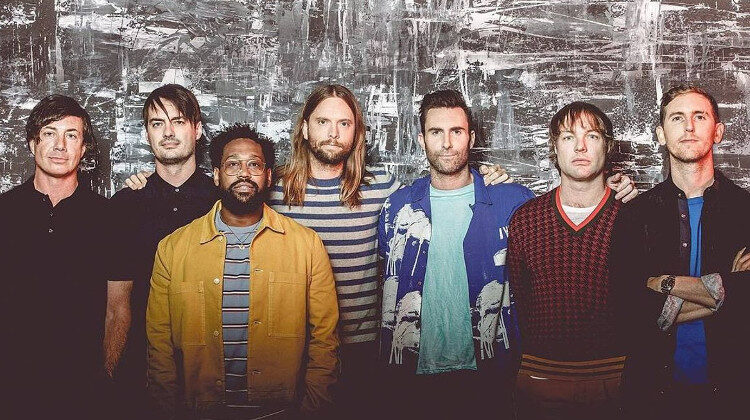 Although Maroon 5 is slowly but surely finding their footing again, their latest studio album Jordi still suffers from the same problems we are used to.

It’s kind of fascinating to think about how Maroon 5’s popularity seems to have ebbed these days seeing as how, especially in the late 2000s and early 2010s, they were on fire and released hit after hit which radio stations seemed to play on repeat. They were practically everywhere in the pop music industry at one point in time.

Despite them finding some success with recent songs such as Memories and Girls Like You, a song that was overplayed to death, they started to fall out starting with their 2017 album Red Pill Blues. The fun production value, catchy lyrics and overall appeal of the band was starting to dwindle and it seems like even some fans of theirs were starting to agree.

But it’s not like their music got so bad to the point of not returning to form. With their newest studio album, Jordi, Maroon 5 attempt to play around with some more genres such as soft rock, a little bit of punk and even some R&B elements. And although it’s not the return to form that the band needs, it is absolutely a promising start.

Beautiful Mistakes kicks off the album in perfectly fun fashion with an excellent instrumental and easy-going lyrics that are fun and catchy to sing along to. Maroon 5 is certainly a mainstream band but at least they know it. The lyrics “Beautiful mistakes, I make inside my head / She’s naked in my bed” are not going to be talked about in terms of the greatest lyrics ever written obviously, but it’s a playful song that’s fun to sing along to.

Track three, Echo is without a doubt the strongest song on the entire album and quite possibly my favorite Maroon 5 song in years. This is the kind of music I like to hear from them. It reminded me so much of their early 2010s work and that’s my favorite era from the band. Not only is the beat incredibly great but the overall production value and lyrical style the song offers up is a ton of fun. Plus Blackbear’s verse is a much-welcomed addition.

Stevie Nicks of Fleetwood Mac features on the track Remedy which surprisingly is one of the weakest on the entire album. It sounds incredibly bland and uninspired and even Nicks doesn’t get her own verse. She does join lead singer Adam Levine for the chorus and it’s definitely a pleasant addition to the song, but it would have been nice to hear her take center stage at some point.

Another one that fails to stand out in any way is One Light which features Bantu who sadly can’t offer anything exciting to spice this track up. It, unfortunately, sounds like every other generic pop song on the radio these days and feels like it was thrown together just to pad the album’s total length.

A couple of tracks later we move onto Nobody’s Love, which is another one of my favorites alongside the closing track Memories. Both songs feature great production and are quite memorable. They’re both songs I can easily see myself adding to my playlists and listening to during my daily routine. As for the rest of the album, not so much. Jordi is a promising step forward for Maroon 5 but ultimately features too many disposable songs.