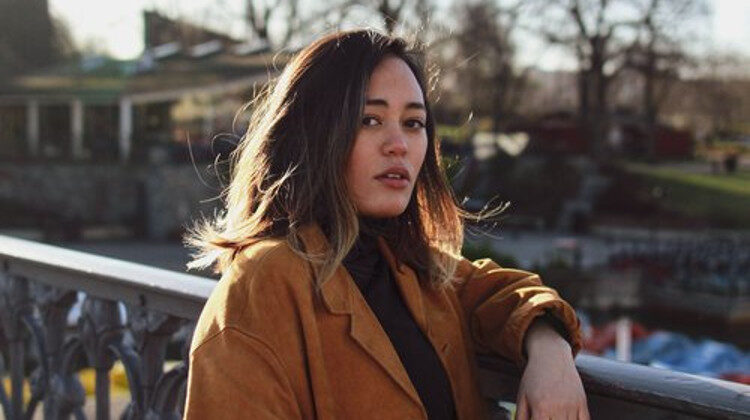 Growing up on a small island outside of Stockholm has really helped shape Marlene Oak, both emotionally and musically. She learned her trade in her teenage years, busking on the streets of Stockholm and bringing walkers-by into her little world of settled charm and catchy choruses. Debut album Northern Winds builds on this sound and has allowed Marlene to really progress and show the listener what she is capable of in a more tailored atmosphere.

Opening with the raw and contemplative Black Roses, piano plinks reverberate in a late Beatles manner as Oak’s sultry vocals slide over the track. Creating a dark but appealing atmosphere, drums and guitars slide in from nowhere to thicken out the sound and allow the track to really take off. It all arrives at a lovely chorus where everything just fits together like a glove. A fine start to the record.

Will I Ever Learn shows off the singer’s folk-laden side with acoustic guitar gently caressing before Marlene sings of always falling for the same tricks when it comes to relationships:  “Many times I’ve walked this wire, when I fall it always hurts.” It’s something most of us have felt before and this feeling is brought to life through a strong drum beat and Marlene’s emotional vocals. I’m sorry Mother then takes us into piano ballad territory as a tearful ode to her family before Lovesick manages to raise the tempo once again with big and bold vocals leading the track into a perfectly balanced chorus.

As the record progresses, it feels as though Marlene is getting more confident in herself and what she’s trying to portray through her songs. Previous release One Way which was co-produced and co-written with Jake Bugg features some of the strongest melodies on the record whereas album-titled track Northern Winds has a playful, country-esque quality that allows the track to breathe and offer something slightly different. The record ends with the mesmerising Sailing Home, once again reminding of the Beatles in their quieter moments but with more of a dexterity that allows the track to glide by beautifully.

Northern Winds by Marlene Oak is a beautifully balanced debut record. Light and airy at times, then suddenly switching to more dark and complex tones, Marlene manages both styles with a general flow and grace that others find difficult. If this record is anything to go by, then we’ll be hearing a lot more from Marlene in the future.