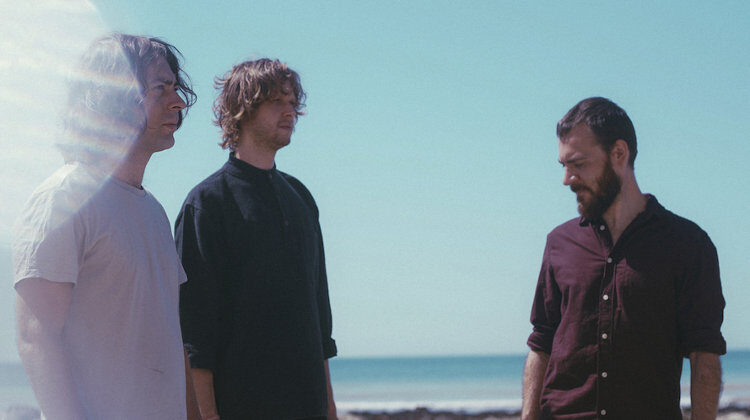 Mammal Hands return, alongside producer George Atkins, to once more take us on a jazzy adventure on their fourth album, Captured Spirits.

A group blending jazz, electronica, and classical music isn’t the first thing you’d think to burst out of Norwich. But that’s exactly what trio Mammal Hands have been doing for three albums. Now, on their fourth album Captured Spirits, they unite with producer George Atkins (Wiley, The Courteeners) to bless our ears once more. Having played famed musical landmarks such as The Roundhouse London and Montreal Jazz Festival, lets see whether their expressive music translates well on this latest release.

There are no vocals at all on the album, in fact, there are only four instruments in total on display. A saxophone, a piano, drums, and tabla. With eleven tracks on Captured Spirits, the group do well at creating enough diversity and tension to captivate ears for almost 50 minutes. Opening with the soft Ithaca (which Eric Satie himself would be proud to play on the piano) it eases you in, before launching into the manic Chaser. Despite all members being extraordinarily talented, saxophonist Jordan Smart is the standout on each track. On Chaser, his snake-like flow alone is what drives the track into a mania, hitting the climax before once more setting the standard for the following track, Late Bloomer.

With headphones on, turned up loud, Mammal Hands have mastered the art of journey. Every track is a new exotic world without any disjointed sections. Holding it all together is drums and tabla player Jesse Barrett, who despite not being the standout is the unsung hero. It would be thought that complex rhythms and offbeats would distract the ear; however, it almost goes unnoticed. Every strike and kick is so perfectly in place that it doesn’t disturb the order.

Though there is nothing to complain about musically (and it is a display of mastery), if you don’t allow yourself to get lost in the weaving nature of the songs, they can tend to drag. It isn’t an album you’ll play in the car, or at a dinner party, instead light an incense stick and go on the journey alone. Focus on your surroundings or art, not the music, for Captured Spirits to be fully enjoyed. By the time you hit seventh track Riddle and the saxophone is swirling around your head, it becomes a form of meditation that is worth experiencing. This journey brings you back into the room for the finale, as both tracks Into Sparks and Little One are the closest to traditional jazz – meaning you won’t be left in a trance for the rest of your evening.

All three members of Mammal Hands have contributed equally to the writing of Captured Spirits and it is obvious to hear. You can feel the musical energy bounce off of each member start to finish, something that is polished up nicely with George Atkins’ production. Each member also appears to know their role, not stepping on each others feet, which isn’t easily done when it comes to jazz (pianist Nick Smart particularly needs highlighting for his ability to maintain a solid melody without egotistical complication). As said previously, the album will only be enjoyed if you are able to take a step out of reality for 50 minutes, but if you can it is well worth it.