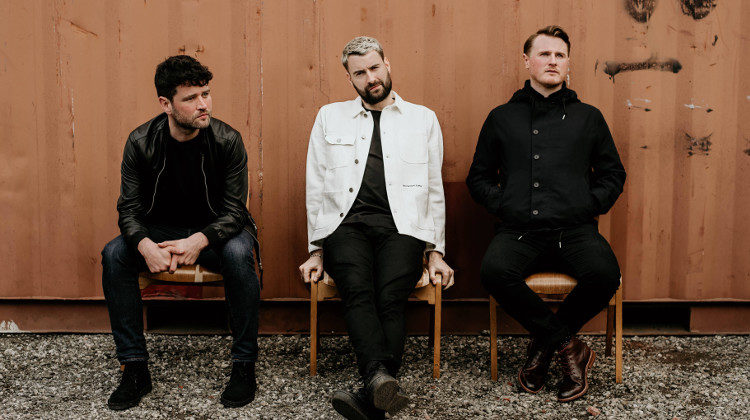 A gap of almost 5 years between releases can seem like a lifetime in the music industry, so much can change in six months let alone 4 plus years. But the Courteeners have returned with a truly career-defining moment.

The one word that comes to the forefront of my mind when I first span the new LP from the three-piece is progression.  This instinctive feeling comes straight from the opening track, Heart Attack.  The song starts with an infectious drum and melodic synth bass rhythm. The opener is a singalong affair with the chorus line; ‘This is a heart attack!’

Once the first track fades, you’re propelled into Heavy Jacket. I can completely see why the sophomore sound would be a crowd-pleaser. But there is a disjoint, a disconnect to my ear. The song title featuring heavily with the lyrical content as It drives along like a runaway train.

As you get to track four, Better man, the Greater Manchester trio start to hit their stride. The song has a R.E.M. vibe with the guitar riff having shades of Losing my Religion. But Better Man is definitely a creation in its own right. Beautiful composed and arranged.  Now the Courteeners are on a roll. The string arrangement intro of Hanging off your Cloud doesn’t quite prepare you for the piano lead heartbreaker that lays ahead. Along with previous track Better Man, hanging off your Cloud shows the true depth of songwriter and singer Liam Fray. His music instincts have driven him to compose a collection of songs that fans old and new will relate to.

The album powers through to the closing with purpose and a fuzzy sensibility with musical hooks and chorus filled track after track. Overall, More. Again. Forever. hits more than it misses. It’s clear the band had reached a crossroads of sorts and have chosen to push forward instead of resting on past tried and tested glories.

The cover artwork depicts a collage of several insects, which in my imagination projects like a metaphor for the growth and evolution of Courteeners sound and musical maturity. Like a butterfly emerging from within its cocoon, the ten tracks pressed into this LP are just as intense, fragile, colourful and entrancing.