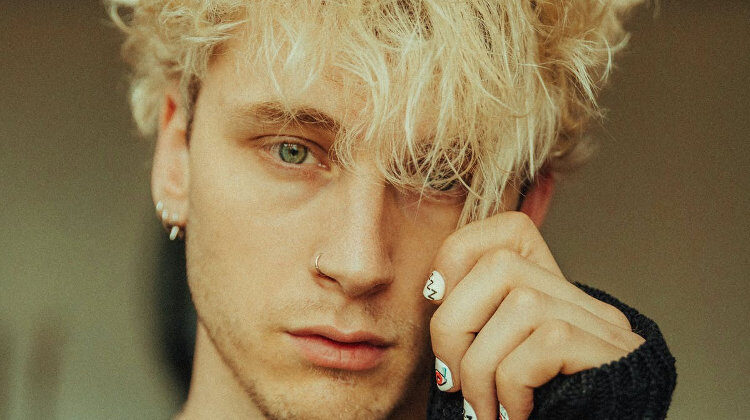 Machine Gun Kelly has dropped his latest album Tickets To My Downfall and with Blink 182s Travis Barker helping with the production, it’s not hard to say that this punk record rocks.

Opening with Title Track, this walking, rapping tattooed star touches on the realities of being in the limelight and only being able to sustain relationships when you’re successful. Switching between acoustic and high energy punk rock guitars is something that MGK seems to do quite a lot in this record and it definitely works. The two contrasting moods help exaggerate his deeper meanings in his tracks which usually involve drugs, mental health and relationships and show his sadness and anger towards life.

As well as the punk legend helping MGK with the album process, there are many features in this record which work well against what he’s trying to achieve. Forget Me Too featuring Halsey talks about a breakup. Their match of gritty vocals blend flawlessly with each other which also happens in My Ex’s Best Friend featuring Black Bear.

Short tracks are a big focus with minimal songs lasting more than three minutes. WWIII is not only one of the shortest tracks on this album but is also one of the angriest and with minimal breathing space we are taken on a journey through MGK’s turmoiled brain. As well as this, the Kevin And Barracuda interlude shows an entire 1 minute 20 second facetime conversation between MGK and his mate whilst high, showing you a glimpse into the reality of his personal life and how he survives.

Play This When I’m Gone is a beautiful yet sad track that hints at a suicide note. Telling his loved one that it’s ok to be upset when he leaves the world is something so taboo in this life yet MGK has managed to execute it incredibly maturely. This stunning track is honest and raw and the first time that MGK’s vulnerabilities aren’t hidden by highly energetic noise, just him, his words, and a guitar.

It is evident that Tickets To My Downfall is a cry for help from Machine Gun Kelly. MGK’s raw talent has always been so present and his energy within his songs are flawless. Although this album is one of his best to date, it is sad to listen to it and think that although it may make us happy, it probably almost killed him making it.