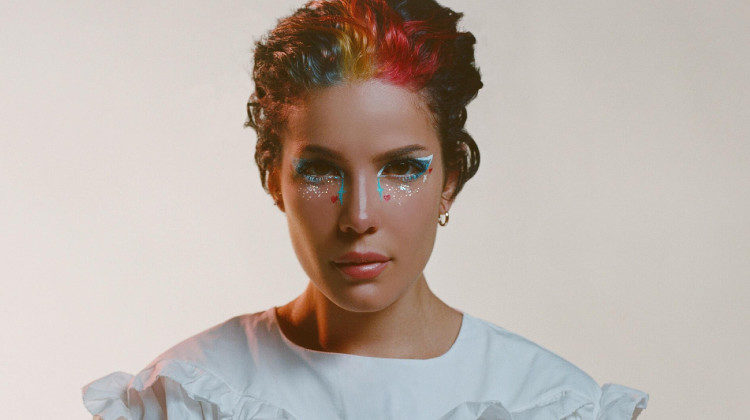 After almost three years of waiting, Halsey has finally released her deepest album to date. Perfectly titled Manic, this record takes you on a trip into Halsey’s brain, embarking on a journey from fuck you songs like Killing Boys to love songs such as More. Halsey’s systematic approach to music is captured by interludes acting as chapters of her life, a refreshing feature in this album which is topped off with genius lyrics. Graveyard and Finally…(is a long time) are great examples of this, the rhythmic lyric placement being brilliantly clever.

Ashley opens the album, the track named after herself and discusses the relationships she has with others. The spacey beginning connotes the blur and confusion in her mind when it comes to her messy inner thoughts. The spoken outro is something seen in a lot of her songs, 929 being a prime example, adding a uniqueness and personal element, alluring fans into her world.

The next song Clementine has a completely different tone. The stripped, ancient-sounding piano connotes an old film or music box; an unusual feature to be placed so heavily within a song. Halsey spends this time contradicting herself by switching between her ideal universe and the present day. The lyric “I don’t need anyone; I just need everyone and then some’” shows off Halsey’s need for acceptance and love.

It’s easy to assume that You should be sad is about her ex-boyfriend YungBlud. After being open about her fertility struggles, the line “I’m so glad I never ever had a baby with you”, is so strong within a song about knowing your worth and realising you can’t fix everyone. In opposition to this, I hate everybody and 3 am both touch upon the need for physical affection to feel your worth, something which many people experience, especially after a break-up.

Halsey has always been extremely open with her fans when it comes to her past, after being sexually assaulted when she was younger. Still Learning, which is all about learning to love yourself and allowing yourself space when you’re struggling is a huge help for those who can relate to similar experiences. The lyric “Passed around the family” is very effective, and her honesty can only be applauded.

This album is not only a diary for Halsey and an outlet for all her emotions, but also a helping hand for her fans. The darker topics that she goes into detail about will help so many people listening out there. This record is truly genius, there is no confusion as to why her success keeps skyrocketing.