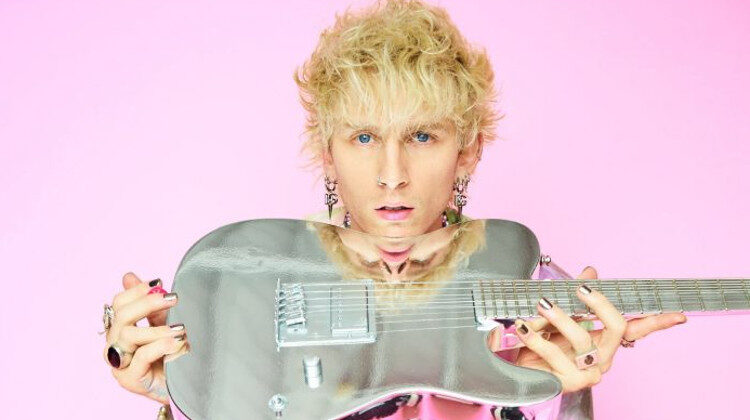 Following in the footsteps of his previous album, Mainstream Sellout is yet another head-thrashing, pop-punk thrill-ride even with some big flaws.

When it comes to Machine Gun Kelly’s rap music, I’m not a fan whatsoever. I’ve listened to his entire discography and the only song of his from his rap career that I actually enjoy is At My Best featuring Hailee Steinfeld from his third studio album, Bloom (2017).

And in case you weren’t already aware, MGK (real name Colson Baker) found himself in the middle of a long-winded back-and-forth rap/diss battle between himself and legendary rapper Eminem, the two of which consistently fired shots at each other for months on end.

Amidst the aftermath of the battle, MGK wanted to find a new voice and leave the rap scene behind, which genuinely ended up being the best decision he ever made in his career. He proved himself to be a legitimately excellent artist in the pop-punk scene.

Tickets to My Downfall was an exhilarating album filled with tons of memorable, catchy, and strangely nostalgic tunes that proved the artist was stuck in the wrong genre for far too long.

This is why I was quite excited to listen to Mainstream Sellout, another pop-punk album from MGK. And while it definitely has more than a few problems – mainly a couple of songs that just plain suck – it’s a highly enjoyable album and one that will surely make you feel like rocking out and bobbing your head along.

The album opens up with Born With Horns which serves as a relatively forgettable track in the long run. But where things start to pick up is on God Save Me, where Baker ponders the death of his parents, failed suicide attempts, and how the media drives him wild. It’s Baker at his most frustrated, angry, and confused, and it results in one killer track.

This then leads into Maybe, which is one of the more frustrating songs on the album. Fifty percent of it is good and fifty percent of it is just annoying and wildly uninspired. The beginning sounds good. Bring Me The Horizon is a great feature on the song, managing to give it a good bit of flavor, but where it gets terribly frustrating is the chorus.

It starts to sound eerily similar to Paramore’s Misery Business which is just getting old at this point. Is the instrumental amazing? Absolutely. But there’s a good reason why Hayley Williams and company have stopped playing it on tour and on various live shows.

Thankfully, the album gets back on track with the next song, Drug Dealer, featuring Lil Wayne in a legitimately impressive verse where he sounds energetic and happy to be a part of the project.

Sadly things get annoying again rather quickly with the title track where Baker basically just screams about how fed up he is with people constantly trying to knock him down. It’s especially cringey to hear a man in his thirties sing “I heard the feedback, I’m a poser / With a guitar, and a choker / Hidin’ under sunglasses / I made an album, they hate the tracklist”

This trend of painfully cringey songs continues with Emo Girl – a track that is instrumentally incredible but lyrically awful. “Makeup by the mirror in the bedroom / Thigh-high fishnets and some black boots / Nose pierced with the cigarette perfume / Half dead but she still looks so cute”, Baker says on one of the worst verses I’ve heard all year.

5150 on the other hand, is a truly amazing track and one that’s going to be stuck in my head for quite a while. Heck, while writing this I find myself singing the words to the chorus in my head and I keep hearing that beautiful guitar screaming in my ear.

Other standouts here are Papercut, Die in California, and Sid & Nancy. Almost every single song on Machine Gun Kelly’s latest album boasts an extraordinarily nostalgic instrumental that’ll thrust you back to the 2000s in all the best ways. It’s a wonderfully fun album, but you’ll have to do your best to not pay attention to some of the admittedly horrible lyrics.