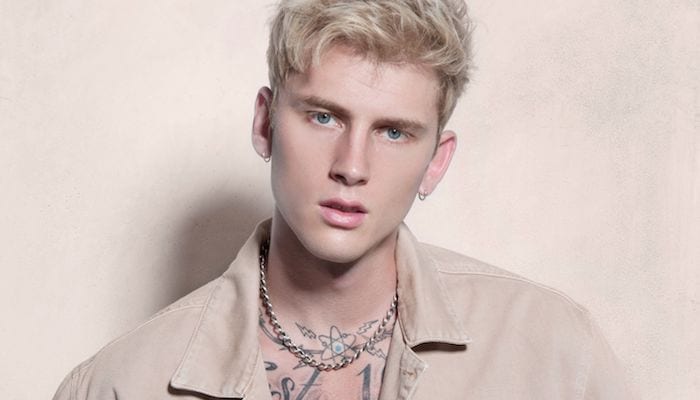 Machine Gun Kelly delves into his personal journey and attempts to re-invent himself with new genre-splicing album, Hotel Diablo.

The new MGK album release of Hotel Diablo signifies a clear musical development from the artist’s previous three releases.  This is the hip-hop attempt to indignantly justify self and to produce a more approachable and diverse catalogue to prompt wider audience engagement.

With an attempt to remain true to the origins of the MGK brand of hip shooting diss tracks and rapid-fire lyrics, there are elements of distinctive instrumental diversity that raise the quality of the album.

The album is relatively short at 37 minutes and contains interlude tracks that detract from some of the more refined content.  There is an R&B feel to some of the compositions that is underpinned by piano with vocal overlay; Death In My Pocket is a good example of this.

The early single release and stand out track on the album is I Think I’m OKAY – an alt-rock venture that works well.  The addition of Travis Barker ‘s (Blink-182 and a range of renowned collaborations) drums, percussion and support in production is exceptional.  The chorus vocal together with YUNGBLUD (also signed to Interscope), provides the power and dynamic that the refrain needed. This shift in direction in this final track on the album and the single release makes it a prominent commercially viable track.  It’s an astounding and distinctive segway into the potential of broader genres for Machine Gun Kelly.  The use of pronounced and heavy standing tom work from Barker during verses that crash into full swing in the chorus sections is worthy of mention and profile.  Lyrically, there are chant moments; such as ‘I think, something’s fucking wrong with me’, fuelling connections and hooks to create energetic audience participation that is effective and will work well on the current tour and festival circuit. The track is well constructed and there is some ability to expose the more mainstream populism that underground artists in the hip-hop scene eventually give into. 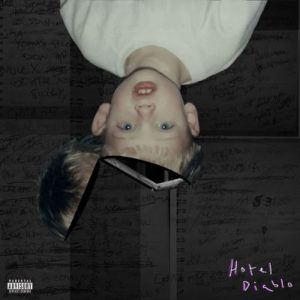 Hollywood Whore, the rap album ‘pity track’, displays the open dialogue of challenging experiences and impact this has had on the artist.  The intention – that this affects a change in thinking and behaviour – is delivered as genuine. Yet, as a cornerstone single release, it is followed by a series of typical MGK content which is, to an extent, dismissive of the intent to display range, competence and artistic development.

el Diablo represents MGK’s ‘taking the title’ track, stepping up to take the title of devil in this early release, with some diss lines thrown at rival artists. As a sedentary kick back at criticism in an industry that promotes the respond/reply backlash, this single explores the personalised journey to popularity and identifying the negativity that has come his way. This is not new to the genre and has been a rap essential in artist development and mimics some of the content of the earlier 2018 album Binge.

Other tracks on the album that rely upon the usual style and tone of Machine Gun Kelly, and narrate the elevation of self through the assumption of genre stereotypes. As the mainstream diversifies, artists such as Lil Nas X are opening new doors and importing a contemporary dialogue. There are questions to be raised about the ongoing validity and relevance of holding ground on lyrical content based around weed, sex and life story gambles that the hip-hop scene has relied upon for years.

MGK will play Leeds and Reading festivals in the UK in August as part of a wider tour regime to promote the album.  The text and content are direct and the improved production and added musicality are features of the album that gives this release a credible review.  There is, however, as the industry demands, a typical flow towards mainstream that the earlier tapes and voice from the street held as vital. The ongoing challenge for Machine Gun Kelly is how to manage the predictive nature of the industry and commercialisation alongside artist development.  The album is worth a listen and, in particular, to hear the potential the artist has in perhaps a wider range of scope and genre.