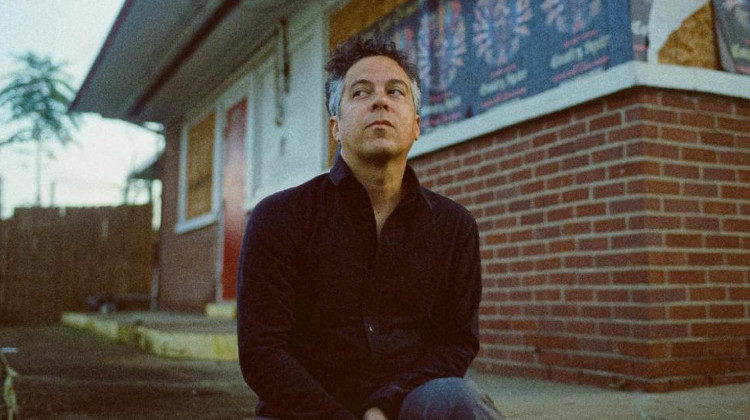 Throughout his impressive career, M.Ward has not only found solace in his solo work but been happy to work with others on many occasions. Whether it be his 6 albums with Hollywood starlet and accomplished singer Zooey Deschanel under their She & Him moniker, or joining up with fellow folky creatives for the impressive Monsters of Folk supergroup, whenever he trials these side projects, it always seems to make his own solo work the stronger for it. New album Migration Stories definitely feels the presence of past collaborations with M.Ward not only looking for inspiration within himself, but bringing in stories from friends, newspapers clippings, and his own family history to build the album around the concept of migration.

Migration of Souls opens the record with familiar, warming guitar tones that feel comfortable, settled and prepare you for the serene but insightful music that follows. Renowned for his uniquely languid and hazy vocals, you’re once again reminded of just how beautiful they are as they saunter and spill in and out of this dreamy opening soundscape. Heaven’s Nail and Hammer then takes a different approach, and although still wrapped in a blanket of dreamy buildups, we’re also treated to intermittent, bluesy guitars and rhythms that dance around the melody.

Due to the nature of the album and its focus on stories of migration, the record feels a bit more developed than many of the singer’s past, and sometimes erratic, solo efforts. Independent Man seems to focus on the hardships of missing loved ones and uses the lyrics sparingly in order to allow the messages though in a stronger way: “When I’m not home with you, you find me on the phone with you saying I need you bad.” Unreal City goes even further by using a stable drum beat and clap track as the hook for the more spritely sound to develop as M.Ward dives into lyrics of finding inspiration in people and places and how this can affect mentality.

As we get into the deeper cuts of the record, we start to get into more classic ‘M.Ward’ territory. Whether it be the stilted drums and dreamy, country-tinged Along the Santa Fe Trail or the beautifully arranged and realised Torch, they both play on the artist’s strengths. The album ends with Rio Drone, a short and simple guitar-laden send off that shows off the intricate melody structures and catchy demeanour that M.Ward can develop without lyrics, rounding off the record nicely.

Migration Stories is a wonderfully open album that draws on the artist’s skils in creating a warm and beaming atmosphere, even if the lyrics are the direct opposite. His vocals have lost none of their gloss, brevity or honesty as he delves into blues, country and folk to help fulfil his messages and conclusions he arrives at, whether from his own mind or the many other influences in his life. Migration Stories is a mesmerizing piece of work that you could get lost in for days.