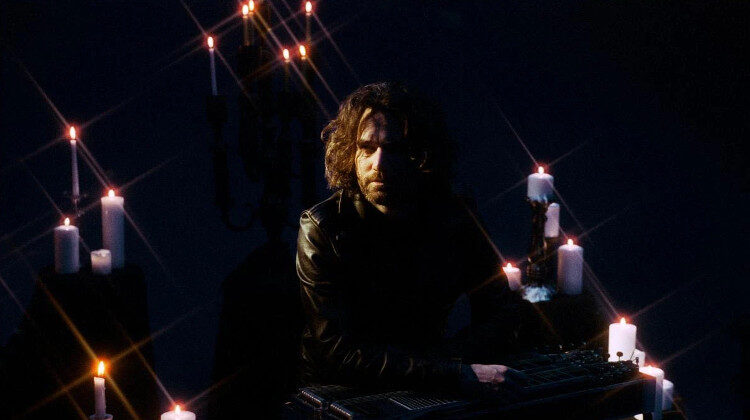 The pedal steel guitarist Luke Schneider ventures into New Age ambience on a serene and medicinal set, displaying a command of cosmic synthesis and introspection.

The respected Nashville pedal steel player Luke Schneider has been much in demand as a session player for many years, lending his weepy tones to hippie-cowboy/girl material by the likes of William Tyler, Margo Price, Caitlin Rose, Natural Child and Orville Peck, so it’s something of a surprise to witness him strike out on his own as an ambient new age sound sorcerer. On his mellifluous solo debut, Altar of Harmony, he deploys his instrument in a fascinating and esoteric context, summoning celestial drones and liquid guitar lines that represent a radical reinvention and are custom made for headphone immersion.

Most intriguingly of all, every sound essayed on the record was made with the musician’s 1967 Emmons push/pull pedal steel, an instrument most commonly associated with the spit and sawdust of country hoe-downs. Here the composer and guitarist draws upon an array of digital manipulation and the boundless reserves of his imagination to fashion soothing and sonorous dopamine floods, so much so that the album nestles closer to the cinematic synth drones of Daniel Lanois and Brian Eno’s Apollo, the hissing haze of modern shoegaze and the plush ‘holy minimalism’ of Arvo Part and John Tavener than anything resembling an outlaw jam.

Gloriously contemplative, angelic and woozy from communion wine, Altar of Harmony is defined by an explicitly electronic sound that flows seamlessly in tone clusters and takes its time to reveal itself, as gossamer flashes of clarity and lilting carousel melodies seek resolution in emotive soundscapes that offer some kind of solace, stillness and the bloom of new beginnings.

The opening anteludium glides on a cloud of pulsing harmony, suffused with the sigh of a ‘Music For Airports’-like chorale and absorbing a queasy smear of gravelly guitar. lex universum and umbra both stumble around in the smouldering ambient fog without releasing the tension and somnificus approximates the blissful and effusive choral repetitions of Part’s sombre tread; it delivers a real emotional punch.

The crowning jewel is mundi tuum est, a standout piece that could be equally appreciated in a dark room in the wee small hours or in a field on a sun-scorched summer afternoon. By stretching and layering his pedal steel into meditative cells of sound, Schneider casts a heady, honey-razored spell, drawing out an immersive mantra-music that raises hearts and minds.

Throughout this sumptuous collection of sky-scraping lullabies, Schneider lures the listener into a laser-focused psychedelia twisted by nostalgia and longing for transcendence. Both resolutely modern and rose-tinted, it’s a sonic tapestry of elation and yearning.

Schneider has fought a publicised battle with the demon drink which came to a head in 2014, when he narrowly avoided death whilst on tour with The Black Lips. He has kept himself busy on a range of projects ever since and this latest experiment feels like the sound of therapy in motion, a balm for mind, body and soul.