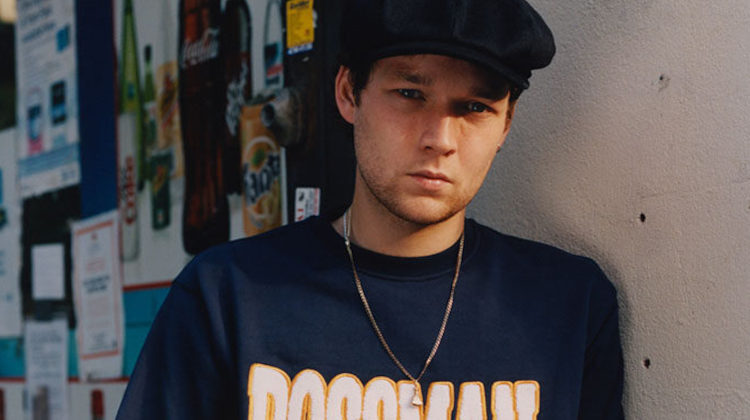 With just six songs at his disposal, Louis Dunford has created a truly staggering EP with plenty of deep-cutting things to say.

Before I went ahead to click play on Louis Dunford’s new EP The Popham, I had absolutely no idea who he was. The name sort of sounded familiar so I went ahead to check what else he had done that I may be familiar with, only to discover that I had never heard any of his songs.

Regardless, I hit play on the EP’s first track, My Generation, and immediately became swept away at what I was listening to. Louis Dunford is not a recognizable name worldwide. If you were to go on the street and ask one-hundred strangers if they’ve heard of them, I’m willing to bet that almost all of them would say “no.”

That needs to change because with The Popham, Dunford shines brighter than most A-list musicians. It’s a twenty-five minute EP that feels like two minutes. The only thing I wish was different about it was that it was longer so I could’ve sat in my chair enjoying myself for an extended period of time.

My Generation is not only one of the best songs of the year, but it’s also one of the best openers of the year as well. It’s a sweeping, four-and-a-half-minute track about Dunford’s fear of, well, his generation. Despite featuring a relatively uplifting acoustic guitar instrumental, the song is hugely emotional and moving.

“My generation’s in a state / We’re a nation in the gutter / Pass the queue for the food bank every day / Would you get some bread and butter? / I see a single mother signing on / Just to keep her baby eating / While her teenage son shots gear to fund / The lekky and the heating”, Dunford ponders in the first verse.

This track then transitions over into my favorite on the whole entire album, Boys Do Cry. It’s a four-minute song that chronicles the story of a man getting a phone call late at night from a close friend who feels extremely guilty for waking up the man so late.

The friend assures him it’s okay and asks him what’s wrong. What we get is a devastatingly emotional track that brought tears to my eyes. “I need help tonight / ‘Cause no one understands me / All my friends and family say I’ll be alright / Boys don’t cry, but I’ve been crying lately / So maybe you could save me from myself tonight,” Dunford sings in the chorus.

Summer in the Manor is the musical equivalent of looking back on some of the best childhood memories you have with your closest buddies. The song chronicles the story of a group of friends who essentially break into a manor and mess around and live as rebellious teens.

This leads into yet another favorite, Henry the Brave, which is one of the most emotional songs I’ve heard in a long, long time. It tells the story of how a night of reckless driving turns into death. Dunford’s vocals here feel painful and angry yet filled with remembrance, as he sings “Killed by the men who were sworn to protect those as young and as innocent as he.”

Even songs like Bossman and The Angel – which aren’t nearly as emotional as some of the other songs on the album – are absolutely beautifully written and Dunford truly puts his heart and soul into every single lyric. The Popham is a truly staggering EP and showcases the sheer talent that is Louis Dunford.