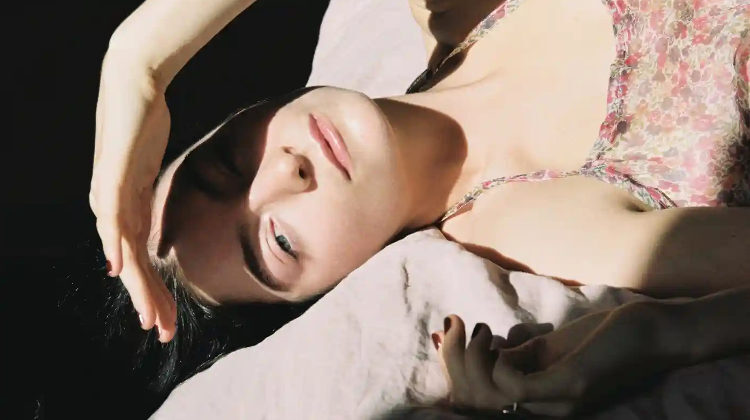 It’s been over four years, but New Zealand singer-songwriter Lorde has returned to deliver another dose of excellence in the form of Solar Power.

If you were listening to the hit radio stations back in 2013, then you almost inevitably heard Lorde’s single Royals playing almost every single day on nearly every station. Although Lorde herself has come out in subsequent years voicing her disliking of her own track, millions of music lovers from around the world (myself included) fell in love with the song’s unique production, amazing lyrics, and Lorde’s striking vocals.

That song served as the lead single to her debut album Pure Heroine, which proved Lorde was going to be a force to be reckoned with. Her dominance was further cemented with her follow-up sophomore album Melodrama, which many people consider to be one of the best pop albums of the decade, and I can’t help but agree. It features only eleven songs but each one continues to tell the overarching story of the album – one that is still being talked about today.

After the release of that album, a lot of people were convinced that the singer would make another album not too long afterward, but boy were we all wrong. Fast forward four years later to 2021 and we finally have Lorde’s highly anticipated third studio album Solar Power which is a considerably more barebones and laid-back album as opposed to the more electropop-heavy Melodrama. It’s not as powerful as her previous effort, but it’s still an incredible album and shows that Lorde is still a powerhouse in the industry.

The opening track The Path lets us listeners know right away what kind of album this is going to be. It’s not trying to be Melodrama 2 or even Pure Heroine 2 – this is Lorde in a brand new sound, trying to be more stripped down and melodic more than intense, and for me, it works. The soothing instrumentals sound like something you’d hear while walking up the stairs of Heaven. And when Lorde’s powerful vocals kick in, singing “Born in the year of OxyContin / Raised in the tall grass”, you can’t help but feel completely at ease.

Following The Path comes her first single from the album, released a few months ago, is the title track, a song that I was initially kind of iffy about. The first time I heard it, I was struck by how different it sounded for Lorde. Up until that point, she had quite literally never made a song like that one and I wasn’t sure if it was for me yet, but now that I can hear the song as part of the full album experience, I genuinely like it a lot. It’s psychedelic and breezy while also being playful and empowering.

Shortly thereafter comes Stoned at the Nail Salon, one of the only tracks on this album I outright dislike. It feels way too quiet and laid back without any sort of memorable qualities to it – it almost comes across as a track that was made to further pad the running time of the album because it’s so forgettable. Not to mention the fact that it sounds eerily similar to Lana Del Rey’s masterful Wild at Heart.

Gratefully though, we then move right into Fallen Fruit, which is one of the more upbeat tracks on the album and one that slowly creeps up on you. It starts out with Lorde harmonizing wonderfully and singing “Psychedelic garlands in our hair / Through the halls of splendor where the apple trees all grew / You’ll leave us dancing on the fallen fruit”, which then thrusts us into the oh-so-relaxing jazz and blues guitar instrumental that would be absolutely perfect to listen to on a hot summer day outside.

And really, the whole album is like that – it’s essentially a compiling of songs that would be incredibly relaxing to listen to during the summer. Songs that simply take your mind off all of life’s worries and thrusts you into Lorde’s relaxing thoughts for nearly an hour. Secrets from a Girl (Who’s Seen It All) feels like a feisty pop anthem and Leader of a New Regime is a powerful and trippy track to encompass yourself with as the album nears its end.

The album finishes in light and breezy fashion with Mood Ring and Oceanic Feeling, two songs that remind you why Lorde is so unique. Even when the album can start to feel a bit familiar at times, Lorde comes in with her clever songwriting and production skills to switch things up, even if just a bit, to show her originality.

Some are inevitably going to dislike this album and that’s totally understandable – this kind of music is not for everyone and it’s certainly not the style of Lorde that many people have grown accustomed to. It’s kind of like when The Beatles started to go all psychedelic. Some fans were severely disappointed and think back on it as their worst years whereas some truly appreciated the change-up. For me, Lorde’s Solar Power is the exact same thing. You’ll either love it or hate it, and that’s fine. Personally, though, I love it.