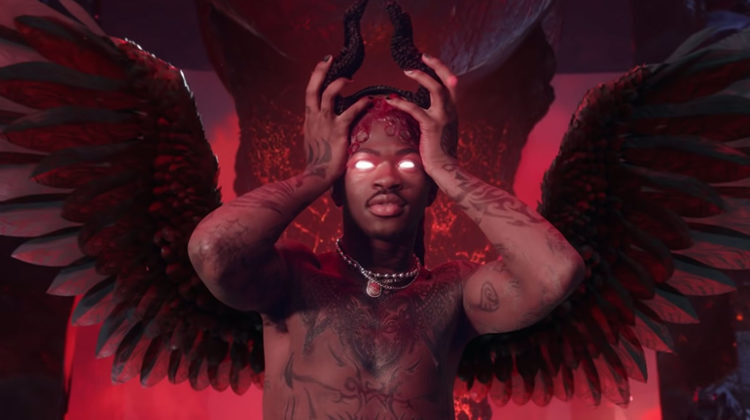 With his debut studio album Montero, Lil Nas X proves that he isn’t stuck on the old town road.

Montero Lamar Hill, better known as Lil Nas X, has had quite possibly one of the most meteoric rises to fame in the rap industry in the past decade, and it’s all thanks to his incredibly catchy chart-topping single Old Town Road, which got numerous remixes and was the lead track from his EP 7.

The song got so huge, however, that it practically became the only thing Lil Nas X was known for – every time you heard his name, you, too, probably thought of the song. This type of thing can get incredibly frustrating for an artist that actually wants to be known for a wide variety of

songs and not just one, and so he aimed to make a change starting with the single Montero (Call Me By Your Name), the lead single from his new studio album Montero, which absolutely proves that the rapper is much more than capable of producing just one great, catchy song.

One of the most amazing aspects to this record is how much it embraces creativity and showing your true colors to the world. Montero is unlike any pop-rap album I have heard in years – maybe even ever. You’d be hard-pressed to find an album of a similar calibre that is so celebratory and openly fun yet emotional.

The title track serves as the perfect way to open the album, too. It was a sort of controversial song for some who weren’t sure how to feel about its lyrics and accompanying music video. I, for one, absolutely love this track. Not only does it have an amazing instrumental but it also depicts Hill at his most inspired in a long time. He truly is no longer afraid to show who he is. If you don’t like it, he doesn’t care.

And that’s sort of the energy throughout this entire record. Hill has never been more open and honest and it’s beautiful to see how much he has evolved. On Sun Goes Down he opens up about his experiences of dealing with racism and homophobia, particularly in his adolescence, saying “I know that you want to cry / But there’s much more to life than dying / Over your past mistakes / And people who threw dirt on your name”.

Lost in the Citadel is yet another example of the huge range that Hill has in terms of his sound. This track serves as a hugely enjoyable pop-rock track that’s also not afraid to shy away from showing some deep emotion. “My god, you’re an angel / I only see you in your halo / I was hoping we could stay close / But we no longer sing the same notes”, he sings.

The record flows masterfully from one song to the next, and although a lot of these songs have distinct sounds to them, Montero as an album still carries through the same themes and ideas with each track beautifully. Take A Daytrip produced ten out of the fifteen songs on this record, and it’s no wonder why Hill partners up with him so much.

In my personal opinion, he’s one of the most talented producers working today. He’s somebody that can be so versatile with so many different sounds and artists, and he truly makes every song pop that much more. I will say, though, that it can be a little annoying to hear his producer tag (“Daytrip took it to ten!”) on a lot of the songs in this album.

But in the grand scheme of things, Montero is an exceptional album and proves that Hill is not somebody who was capable of making just one great song. This is a record full of terrific music and it even ends with an angelic, peaceful sort of bliss with the track Am I Dreaming featuring Miley Cyrus in a collaboration I didn’t know I needed until I heard it. Montero is bold in more ways than one and is about as great of a debut as one could have hoped for from Hill.