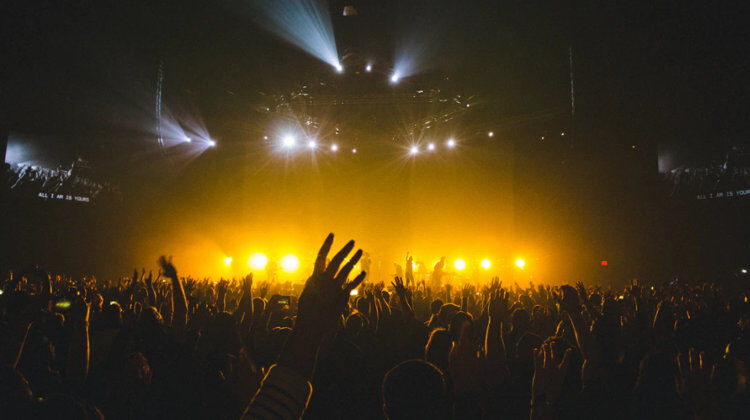 Continuing our ‘Let’s Celebrate’ feature, this time we take a look at the amount of talent and diversity within the London scene during a hectic year.

London has long been one of the main centres of music, not only for the UK but arguably the world. 2020 has brought London a myriad of challenges for the music industry, but one thing that was never lost was the passion for finding ways to create and continue music during the pandemic.

With all of the above in mind, when it comes to finding talent in the UK music scene there aren’t many better places to start than the cultural melting pot that is London. The Big Smoke created the grime scene, it provided us with greats such as Elton John and Bowie and it produced the legendary bands The Rolling Stones and The Who. The birthplace of the famous Abbey Road studios, London has seen an abundance of talent, old and new, pass through its streets.

Despite the legends that have emerged from England’s capital, society will always be looking to discover the new wave of artists coming through. Here at Vinyl Chapters, sharing new artists is what we do and with such a large selection of London talent on offer, it has been extremely difficult to narrow it down to the eight discussed below. Their selection alone is a testament to their talent and the work that they have created so far.

So without further ado, have a gander at the following artists and add them to your ever-growing playlists – we promise you will not regret it…

We start proceedings with one of the most exciting new indie bands to be hitting our ears in recent times. These London lads have recently been signed up by Mike Skinner’s management company and are showing absolutely no signs of slowing down as we approach the year-end. They’ve only been around for 2 years so far but their chemistry is clear for all to see and they’re most definitely a band to keep an eye on, especially when the live gig scene returns to our lives.

They work extremely hard, they’re well dressed and they know what real rock ‘n’ roll is. They’ve already supported the likes of The Libertines and Rat Boy and if they can maintain the energy they’ve shown in these early years of being active, they will be sure to be up there with bands in that calibre.  They have a bright future, for sure.

Talk about a mega start to your music career. The 25-year-old rapper has blown the scene up in a matter of months and despite the negativity surrounding this long year she seems to have come through to the end of it with the biggest smile on her face. Her funky sound is infectious and her raw talent has shot her right up with the biggest names in UK hip-hop right now.

With only three tracks to her name, she has not only been signed up to Jorja Smith’s label but she has also made a track with her (which is absolute fire). Already gaining just over 450,000 monthly Spotify listeners, at such an early stage of her career these stats speak volumes. ENNY has officially arrived and she is most certainly here to stay.

This man simply cannot be categorised into one genre and his musical influences go from Mike Skinner toThe Smiths and Joy Division. This alone sets him apart from many other artists. His lyrics sit deep with his dedicated fanbase and whilst he only has one album out right now he has recently stated that he is around ‘82.5%’ through his next one.

Murkage Dave is just one track or album away from blowing up and is not an artist to be taken lightly, no matter how chill he may seem. His style is extremely versatile; you can listen to his tracks in the library or in the club. This is an important attribute for an artist to have. Keep your eyes peeled and your ears open because this next album is gonna be mega.

Now the description of an artist being ‘hard-working’ in music is often overused but this man is exactly that. A self-taught multi-instrumentalist, Darling BOY is an interesting character that has links to Dolly Parton, The Libertines and the UK Ukulele Orchestra. If that doesn’t cement his status as an all-rounder then we’re not sure what does.

The solo artist’s style is soft but heavy, a great musical oxymoron and when he eventually gets a chance to showcase his newest tracks in a live setting he will go far, there is no doubt about that. He even has his own Christmas song which cannot be missed around this time of year. Check him out.

He’s been in a cathedral choir, he’s participated in Britain’s Got Talent and his music has even featured on the huge show that is Love Island. To say that this man’s career has been extremely varied so far would be an understatement. Isaac Waddington is a name that is consistently creeping up into conversation amongst music lovers from all different genres.

With much of the above in mind, many would argue the fact that he is no longer upcoming but he still has so much more to offer and his style is evolving constantly. His recent work with edbl has worked wonders for the singer-songwriter and he has great potential to do much more in the world of music.

The first word that comes to mind when describing Shygirl and the sound that she gives off is ‘explosive’. After recently releasing the heavy and gritty ALIAS EP, it comes as no surprise at all that the London-based artist has gained thousands of new fans that are eager to hear more of her sound.

Her themes and her style aren’t to be taken lightly and with tracks like SLIME, this woman’s music makes every listener dream of a day where clubs are open again and everyone is dropping moves on a dancefloor. Let’s hope that those days aren’t too far away!

How can we discuss London’s music scene and leave out one of the many talented DJ’s that the city has to offer? This guy has a great future ahead of him and his fresh house style has already landed him spots at the likes of Sankeys LDN and The Zoo Project. He has already been mentioned by DJ Mag as one of the artists to watch throughout 2020 and with this year effectively being cancelled it would be wise to watch out for him in 2021 too.

He only released his first EP in 2018 and is already looking to start his own label. Rossi. has a great deal of ambition and that is something that you can only sit back and respect. If you consider yourself a fan of house music then watch out for this man’s name because it’ll soon be everywhere.

If we’re gonna start with a top band then we may as well end the list with one too. These guys represent many different genres and their sound has allowed them to share the stage with great artists such as Alex G and the explosive Dream Wife. The four-piece formed in the vibrant city that is Brighton but they often base themselves between there and the capital.

Track-by-track these guys often sound like a completely new band as their sound changes so often but this is what makes them so great. They are beginning to attract a great deal of musical followers and there is no doubt as to why that is. Their most recent album, Every Bad was released back in March this year and is certainly one to listen to, so go get on it now!

Stay tuned as we will be dissecting more of the emerging and sometimes unsigned music of the UK which could be based near you. If you feel that you know an artist of any genre or any type, it could be a band, a DJ, someone in hip-hop, or anybody that you find interesting, inspiring, or just damn right brilliant, then hit us up on socials, send us a message, or comment below. They could very well be on the next feature.