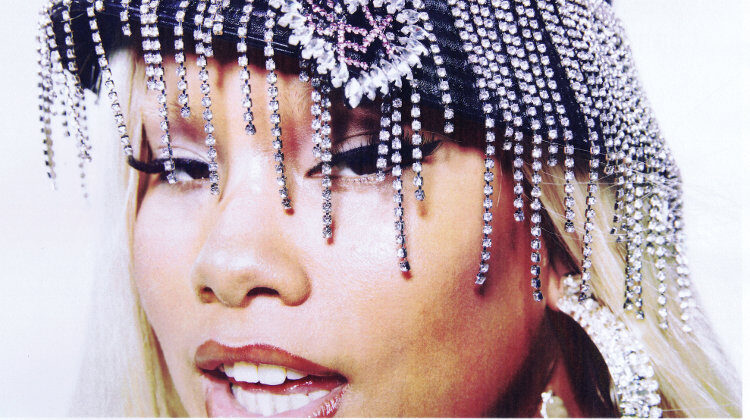 Shygirl is back on the scene with explosive tracks and hardcore beats as she takes absolutely no prisoners through the release of new EP, ALIAS.

If a regular hip-hop sound is what you’re looking for from a new record then ALIAS is definitely not the one for you. This is a compilation of heavy, fast-paced, gritty beats that are not to be taken lightly at all. The unique nature of the EP’s production combined with the London raised musician’s clear vocal talent makes for a record that is likely to lead to an influx of fresh Shygirl fans.

It is clear through the musical exploits of her career so far that Shygirl’s sound cannot be defined by a normative genre, it’s open to interpretation and certainly raises an abundance of mystery for the listener. ALIAS is no different to her previous releases in that it follows no specific style and does not cater to the tastes of one specific music fan.

The EP begins with a rough sound and a badass attitude as record opener TWELVE sounds out, the track merging an extremely quick backing beat and an ever-changing tone of voice as a mixture of high and low pitched voices are utilised to separate each verse.

SLIME follows and is a tune that’s absolutely sure to be blasted out in clubs throughout the UK. It’ll get your head bopping and your face scrunching up as its grimy sound infects the whole EP. This song has to be the favourite of the record as it is nothing other than top-notch, suiting Shygirl’s style right to the ground. The production by SOPHIE, Sega Bodega, and Kai Whiston is equally out of this world. The video for SLIME is as interesting as the song itself as SG’s swagger and boss demeanor is on show for all to see.

FREAK is another pre-release to promote the EP and does not disappoint. It has been revealed since its release that Sega Bodega did not only have a hand in the production of this song but is also down as a co-writer. The vibe is completely switched through FREAK, however, the track does not lose the fast pace or booming sound demonstrated through the two tunes that precede it.

The closest that ALIAS gets to the mainstream is at the mid-section of the record and it comes through, TASTY. The hook is extremely addictive and the whole song gets the body moving; do not be surprised if you hear it sounding out on UK radio chart shows. It’s followed by LENG and BAWDY, two tracks that fill a gap and do not reach the heights of the first four, although they are both intriguing as they follow that radical hardcore style synonymous with Shygirl.

The EP closes with SIREN in a vastly satisfying way. It brings the energy of the record back up to the dizzying heights presented right back at the beginning and provides a stark reminder of why this record is so interesting. SIREN is again a great testament to the high-quality production that is all over ALIAS and one of those tunes that need to be played at the highest volume.

Shygirl and the team that surrounds her have created a mind-blending experience through this EP. It possesses a sound that is more than fit for clubs anywhere in the world and is certain to only improve once it can be played in a live setting. ALIAS leaves you praying for a time where clubs are open, drinks are flowing, and loud beats are blasting out. A time in which we are all hoping is just around the corner.