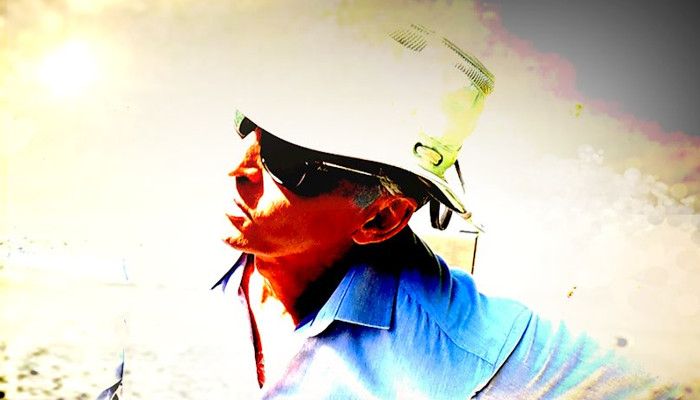 Les Techno returns with new single Edge of the World, taking on a heady mix of post-punk sounds that drive forwards amongst reverb-laden vocals.

Les Techno is not one to sit back and let anything go unsaid. New track Edge of the World is a testament to this, as he uses his skills in songwriting to create raucous and ready melodies that power the track forwards, leading to a powerful mix of punk, dance and pop undertones.

Starting with soaring synthy guitar sounds amidst a powerful drive, the track is reminiscent of U2’s Vertigo with a bit of Morrisey and 80s Bowie thrown in for good measure. This is all set against a driving dance beat as vocals fade in and out amongst echo-laden reverb and lyrics that paint a surreal but image-laden picture: “On my way to the part at the edge of the world don’t worry you’re all invited and you can bring your girl”. It creates a sordid post-punk sound that’s laden in 80s gothic nostalgia as it pushes forwards amongst electric guitar riffs and a psychedelic atmosphere.

The track supposedly has an element based around the recent fires of the Amazon, with Les stating that watching it burn set off an alarm in his head. You can almost hear this alarm in the music as one riff imitates the call to awareness amongst fresh and eclectic beats that highlight all the political punk swagger the eighties had to offer.

Edge of the World feels like a call to arms, even if the message, lyrically, can get lost at points. Its main accomplishment is creating a highly addictive sound that is likely to be stuck in your head for days. Being such a layered track, there’s plenty of potential for repeat plays where you’re bound to find something new to the previous listen as the soaring sounds take over your mind and drive forward the electric dance essence. Big, bold, and powerful stuff.