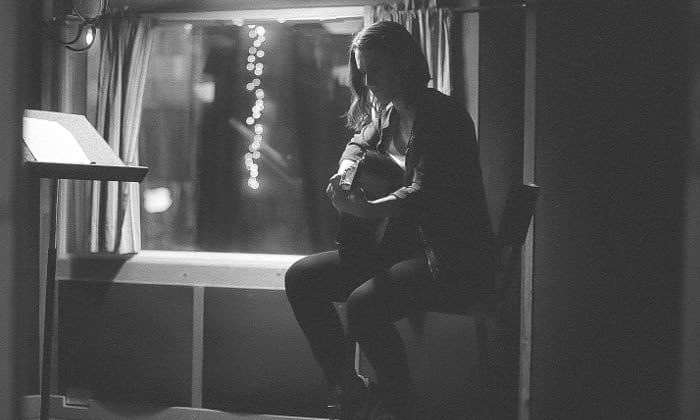 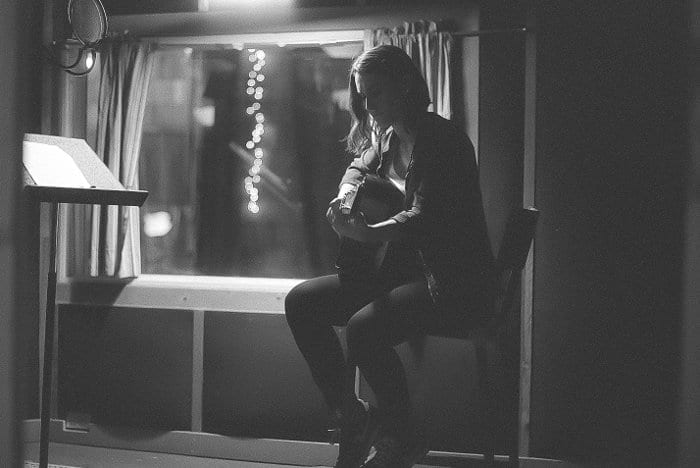 Laura Paragano releases her debut album Strange Curses, and with it introduces us to a dreamy world of indie-tinged surf rock.

The last big hitter I can remember making it big world-wide out of California, as a surf band, was The Thrills. Sure, there have been other more recent bands, but none as big. Sometimes these kind of tracks can be cliche-laden, but this is far from the truth for debut record Strange Curses from Laura Paragano. She manages to mix a surf sound with indie rock to perfection, and with it creates a record where the bursts of vocals and underlying sound really help the tracks stand out.

Opener Out For A Surf sounds like a cross between the Beatles and Beach Boys – not bad company to start off with. Laura’s vocals sway over the mellow bass as the wave crests and crashes down over a crescendo of sounds. The vocals have elements of the band, First Aid Kit, and you can almost see California as you listen to this track. It perfectly portrays the style and sound of songs that are to follow. 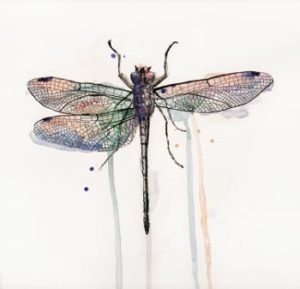 I’m Fine offers up strong melodies and guitar work in this chilled-out indie rock track that comes alive in the chorus. If you were thinking this was going to be a record for the slow and innocent, Laura makes you think again with its penchant for a rise in volume and a change of pace out of nowhere.

3/4 is slow and melodic with vocals set against guitar. Drums gradually join into the foray as the track progresses, and Laura is allowed to show off her vocal range as she tells the listener she’s ‘wide awake’ and bellows this out with a seductive change in voice.

For those of you old enough to remember the band in 90s kids tv show California Dreams, track California Dreaming is, thankfully, nothing like it. Instead, the track reminiscences of wishes for life against a rolling track of clever melodies and changes, all set against vocals that remind of the great songstress, Sheryl Crow, with a more indie rock vibe.

Juliet, Romeo pulls out the funk from nowhere as soulful melodies and heartland rock hit home hard, whereas I’m On Fire’s use of haunting background vocals are a perfect match for the country/blues tone, somehow mixing with the surf music jaunts seamlessly.

This leaves us with album closer Doom/Strange Curses. Echoey vocals and a more live sound create a twisted atmosphere, as Laura is once again allowed to release her voice and show her true unearthed emotion. This is where Laura shines, and it’s moments like these that really bring the record alive, and a great way to finish off the record.

Strange Curses is a great album of varying influences that shouldn’t be described as ‘just a surf record’, because it’s so much more. Yes, surf rock is an underlying influence throughout, but its the flourishes of indie-rock, Laura’s bursts of adrenaline-surging vocals, and the reverb-heavy guitars that really pull this album together. Laura Paragano has made a strong start with this debut, and if she continues in this direction, then she’s going to have an extremely bright future.