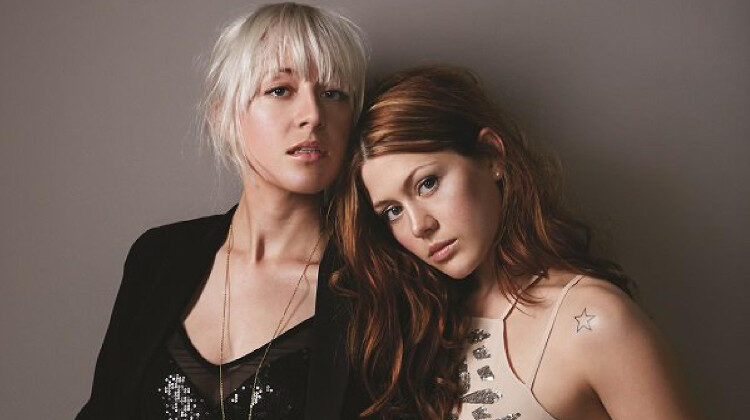 Grammy-nominated sisters, Larkin Poe, massively miss the “unexplored terrain” they believe they have found on their fourth studio release, Self Made Man.

Music is obviously in the blood of sister duo Larkin Poe, having been raised in Atlanta and based in Nashville – both major musical hubs across the Atlantic. With their fourth release, Self Made Man, the sisters believe they’ve hit new territory, inspired by their travels whilst remaining rooted in their Southern upbringing. Both sisters are multi-instrumentalists, remaining as hands on with the production as they can, stating that “Being authentic is very important to us” – but how authentic is it?

The first single released from Self Made Man (and almost title track), She’s a Self Made Man, opens the album. Kicking it off with thick distorted guitars, where the lead guitar harmonises with the beautiful vocals, this is made for rock radio. A simple structure, with upbeat lyrics and a far-from complex guitar solo, it is evident that Self Made Man is straight-up modern blues-rock. A genre that is only effective if done with authenticity (whether that be performance, production, or conviction). This is where Self Made Man’s authenticity, that the band are so proud of, is first put into question.

Unfortunately, having been self-produced there is a lack of flair. The record is way too clean for what Larkin Poe are trying to achieve, sitting in an almost cheesy position between pop and blues-rock. Although they have worked alongside their “good buddy and engineer” Roger Alan Nichols, Self Made Man shows how having little outside input can impact work, falling into the trap of being over critical – resulting in an over polished piece.

The entirety of the album can be described as forgettable driving rock, occasionally sprinkling clichéd country into the mix; however, there is one beacon of light. Fifth track, Tears of Blue To Gold, is the type of song writing that should remain the band’s focus. Though it is only a country pop song, it is an extremely good country pop song. Everything that makes Nashville great can be heard with their vocal ability finally being allowed to shine. Structurally it is different to the rest of the album which, being in the middle of Self Made Man, cleverly allows the listener to breathe and finally smile. Sadly, it isn’t enough to salvage what it surrounds.

This album is going to divide many, as depending on what you want out of your music, you will either get on with it or not. Credit has to be given to the band, as it is toe-tapping for the majority and you can see why they are Grammy Award-nominated. If you are wanting something easy to listen to, then Self Made Man might be for you and is sure to find you on the radio. On the other hand, if you are wanting something you can truly connect to and feel, there are a vast plethora of other musicians in the same genre that greatly exceeds this. I’ve gone into Self Made Man wanting to like it – instrumentally it is performed brilliantly and the vocals are gorgeous – but the band need to be braver with their songwriting and consider hiring a producer that specialises in what they are trying to achieve.