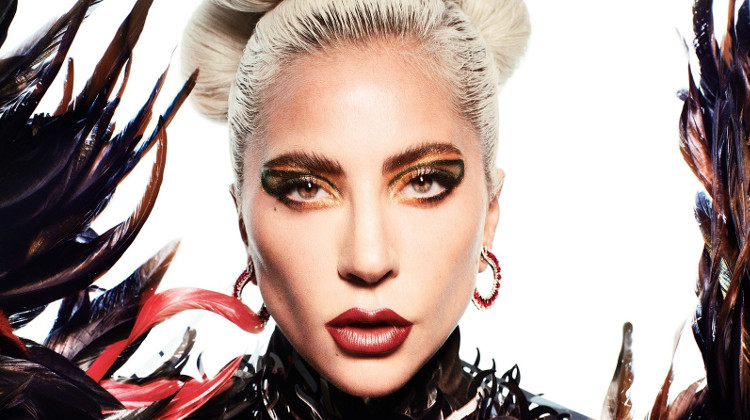 Lady Gaga shows off her ever-changing and inventive take on pop music with the genre-switching and idea-laden Chromatica.

Lady Gaga, as everyone must now know, is a high impact artist of extraordinary vision. She is original, talented and could be seen as a juxtaposition between Madonna and Punk. She has single-handedly revolutionised the music industry over the last fifteen years or so and successfully re-bridged the gap between music and high fashion that hasn’t been so apparent since the 80s. In her music, videos and fashion statements, Gaga takes risks and edge-defying leaps that other mainstream artists would think twice about. Her much-awaited sixth studio album, Chromatica, features collaborations with Ariana Grande, Elton John and Blackpink, and is executive produced by herself and BloodPop.

Released in a variety of physical formats, Chromatica is even bringing back the recently fashionable retro concept of cassettes in various colours – very Gaga. The record is split into three parts: Chromatica I, Chromatica II and Chromatica III  featuring a dramatic swirling series of tracks that beam you straight over to a twisted Disneyland sensibility.

The first single from the album, Stupid Love, which debuted at number 1 on iTunes in 58 countries, has amassed over 300 million streams worldwide; it’s a quintessentially Gaga track that settles the listener in for the craziness that will ensue. Alice takes up the theme of one of my favourite novels Alice in Wonderland which begins with the chorus: “My name isn’t Alice, but I’ll keep looking for Wonderland,” The emphasis here is solely focused on disco. This feels like a track that would grow on me over time or would only work in a particular setting. I love the concept of the lyrics here.

Sine From Above (with Elton John) is a standout track featuring a strange combination of spiritual awakening and heavy disco beats. Elton John’s voice is almost unrecognisable and sounds something like a funk-soul singer. Again this feels like a grower; I have a feeling that in two weeks or so I will be playing this track endlessly.

Sour Candy is a house track with a hip-hop, bubblegum vibe, backed up by K-pop girl group Blackpink. It shows Lady Gaga’s penchant for finding new sounds and her willingness to divert and experiment. Playing this album is like working your way through a huge variety of American sweets and the whole experience is like walking into a huge bubblegum bubble and losing yourself in its sweetness.

Chromatica is another new departure from the legend that is Lady Gaga and shows she’s still got a plethora of ideas on which she can put her own, electrifying twist.