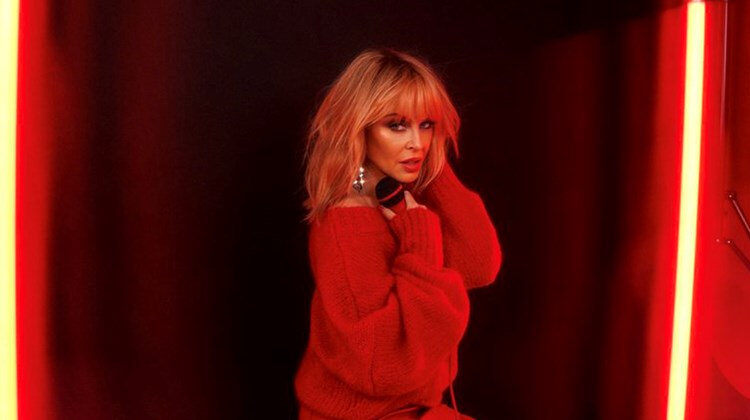 “Feel my heartbeat, it’s the same old feeling coming over me tonight” (Real Groove). This is a pretty accurate description of Kylie Minogue’s latest album DISCO. Admittedly, it’s an enjoyable listening experience, but mainly because it repeatedly recycles disco tropes and universal themes which are hard to dislike.

While Kylie Minogue presents an objectively positive and upbeat record tapping into the current disco vogue just in time for Christmas, she is not beyond criticism.

Although very danceable, it is hard to be fully entranced in the opening number Magic when the clichés begin to poke through straight away. The optimistic dreaminess of the ascending melody accompanying the question “Do you believe in magic?” quickly goes from dreamy to cheesy and tired. Monday Blues takes this one step further as Kylie resorts to listing days of the week, as she gleefully declares “You make every day feel like Saturday! Oh, you get me through those Monday blues!”.

Despite its overwhelming positivity in the face of adversity, there are some moments of relevance and poignancy. Kylie asks on Say Something “can we all be as one again?”, noting how “We’re a million miles apart in a thousand ways” (though, I could be projecting a bit as this could apply to any kind of distancing between people, as well as a global pandemic).

Celebrate You takes a dreamier, whispering tone as Kylie asserts “I’ll be with you through pain” because “Everything I like about myself is better with you”. Even if the rest of the album relies on cliché phrases and tired disco musical signatures, this track evokes blue skies and brighter futures through unconditional love and selflessness – without being cheesy.

It’s clear that the Kylie Minogue brand remains strong and her content has not changed much, as she is still singing about giddy and uncontrollable love. That said, the abundance of this over a disco beat means everything blurs together somewhat. On the one hand, the album delivers exactly what it advertises: back-to-back disco bangers. On the other hand, Kylie relies a little too much on clichés and buzzwords around clubbing, which feels a bit tone-deaf given that’s not possible at the moment.

What this album does well, however, is maintain its distinctive sound and tap into the disco zeitgeist. Kylie, however, takes this sound to a much greater extreme than the likes of Dua Lipa, entering the sanitised realm of day time TV/shopping centre pop (like Katy Perry’s latest album).

Of course, this is perfect for Christmas adverts or the roller-skating rink but doesn’t make for engaging and varied album listening. Moreover, the tracks lack the electronic edge that makes Better the Devil You Know and Can’t Get You Out of my Head so distinctive and memorable.