Home » articles » KSI: All Over The Place – Album Review 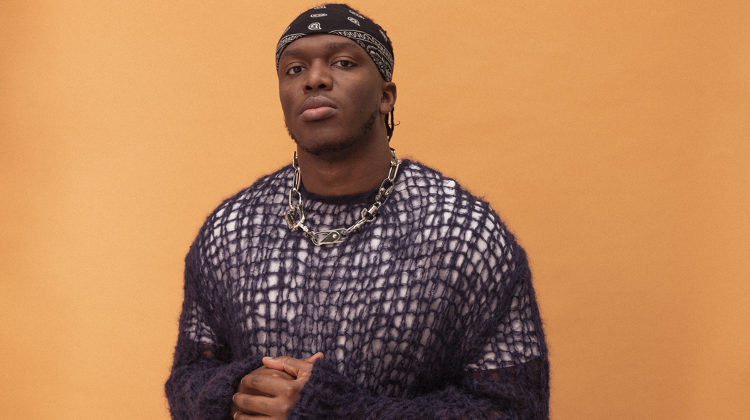 KSI releases second studio album All Over the Place, which is… exactly that. This is both a compliment and a criticism of the release.

For someone whose career currently includes YouTube, boxing, music and weekly Celebrity Gogglebox appearances, to release a full studio album is a remarkable feat. Despite occasional issues with a lack of artistic voice, what cannot be denied is the excellent quality of the vast majority of these 16 tracks.

Teething problems are rife in the opening tracks. The assertive, self-congratulatory tone of The Moment is not enough to conceal the cheesy wordplay (“I’m so ahead like I’m wearing a beanie”). Furthermore, collaborations with such prevalent artists so early on (Number 2 feat. Future & 21 Savag) and Patience feat. YUNGBLUD & Polo G) mean that KSI’s voice gets lost, not helped by an overreliance on directionless autotune and weak lyricism. While adapting to other artists’ sounds can be a strength, Patience morphs into a YUNGBLUD song with a KSI feature. This is fed by an overarching problem of predictable, short structures – with most tracks boasting only two verses and choruses/instrumentals reliant on filler lyricism/ad libs.

The album overall, however, is clearly structured as KSI effortlessly navigates numerous genres. This versatility comes to the fore on Madness and Silly (feat. Bugzy Malone), using drill production and flows to articulate his cheeky side (“Do anything and the meme about it” Madness; “Sipped up on Tetley”, Silly). When he wants to, however, KSI can be extraordinarily poignant, as Holiday beautifully demonstrates. Inspired by his girlfriend, it would take a heart of steel not to melt at the lines “I see that body in the sunlight/Feelin’ the heat and it feels right/I wanna do this for the rest of my life” – even if the delivery is a little Disney-esque.

Given that he covers so many genres (with varying success), KSI’s credentials as a “hip hop sensation” are questionable. That said, KSI knows how to write serious bangers (just in time for the clubs reopening), particularly Really Love with garage royalty, Craig David. Perhaps this multi-genre approach is the future of rap albums and allows for more multi-faceted expression. Recounting his decision to drop out of school on Sleeping With the Enemy (feat. S-X), KSI notes “I just want you to treat me like a person with a choice/Now for my decisions, I’m a person with a voice”. And maybe this is the only way to judge this release.