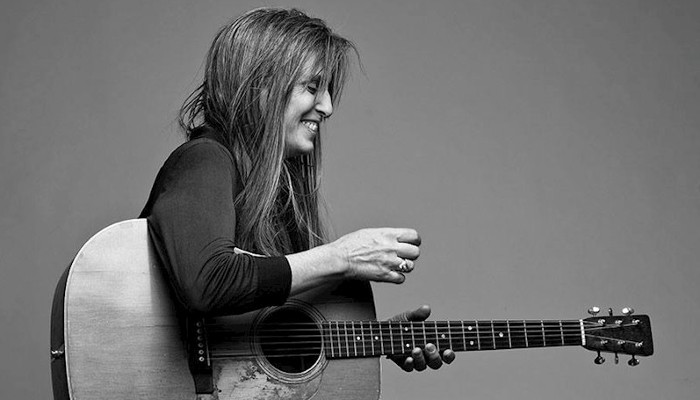 Kristina Stykos brings her uniquely determined and fierce spirit out into the open with River of Light – an album that grows in stature as it progresses forward.

Kristina Stykos has never been one to give up. In 2017, she was diagnosed with spasmodic dysphonia, a disorder that makes singing and speaking more difficult. This didn’t stop her from writing and recording new music however – it just gave her the spirit to figure out how she can continue to do so. Album River of Light shows a determination and grit that manifests itself through country, blues and folk, as Kristina produces a record that speaks volumes about her mental strength amongst powerful lyrics and deftly-produced tracks.

State Line Diner starts off the record with both electric and acoustic guitar intertwining before Stykos’ weathered but full of life vocals kick in. Outlaw country lyrics paint a day to day story that you can’t help but get sucked into: “We could park here for the night, I could put on a dress, take our coins from the kitty, on the jukebox, dine.” It’s a strongly produced track featuring great guitar work and a rolling melody that brings everything together.

I Like A Hard Hearted Man is a more stripped back affair with a pure blues vibe that rattles forward with the help of country guitar playing the caveat to Stykos’ vivid lyrics. It’s hard not to fall in love with the track’s honesty, strength and playfulness. 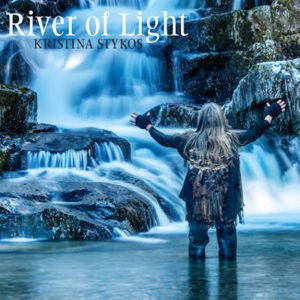 As the album progresses, the songs show flares of innocence and tranquillity, but still with that hard edge that makes them worth listening to. Since You Asked, lyrically, sounds like something from Dylan’s Bringing It All Back Home album as Stykos paints vivid images against simple guitar rhythms. Caught By The Heart manages to manifest its spoken word structure in a way that is both tantalising and poignant with a chorus that really comes alive.

Album-titled track River Of Light is one of the strongest tracks on the record both lyrically and musically, as imagery pitter-patters mercilessly around the steady beats before a chorus and guitar solo really launch the song onto the next level. Stykos revels in the humility of the track, showing that life is hard but we must go on: “It’s what you’ve been given that makes you so driven, the road is your bed”. Climb This Ground builds on the gentle, coercing nature of the album as it moves forward, drawing on warm tones and strong wordplay to build the tracks spirit and strength in mentality. The record ends with Godspeed – a slow-burning instrumental that leaves it to the music to build the harrowing atmosphere and finish on a high.

River of Light is a spiritual journey that grows in strength as the album progresses. The tracks build steadily, starting off melodic and upbeat, but gradually becoming eclipsed by a darker edge. This tone is forever kept in check, however, by Stykos’ powerful and poetry-soaked lyrics that bring stories to life. It has all the heartbreak and hope of the singer’s recent circumstances running through its veins. River of Light is a compelling record that shows us why we should never give up.