Home » articles » Kings of Leon: When You See Yourself – Review 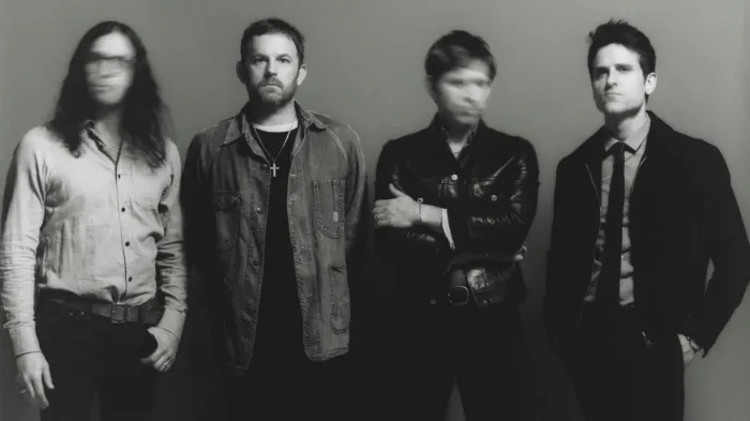 Kings of Leon release eighth studio album, When You See Yourself, trying their best to breathe life into a new sound.

One thing that you cannot take away from Kings of Leon is their ability to surprise and innovate. This skill may have seemingly be dampened over the last few albums, possibly through a band crisis of identity, in-fighting, and confusion of direction, but they finally seem to be settling back into their groove, even if they’re not all the way there quite yet. When You See Yourself is the sound of a band happy with where they are but still having a hunger to not rest completely on their laurels.

Starting with a 5 and a half minute, delicately structured track brings back memories of 2007 album Because of the Times and its lengthy opener, Knocked Up. Even though When You See Yourself, Are You Far Away may not have the verve and guile of BOTT, it does help to set the scene for the record – longer and more in-depth songs that are not as tailored to the singles market.

This is a good thing and allows the band to show off more of their experimentation with synths and organs throughout, which was hinted at on previous record, WALLS. We see the band still keeping that distinctly flirty bassline as lead singer Caleb Followill croons through imagery and decadent incidents that make you feel warm inside.

Previous single The Bandit follows, probably one of the more single-worthy tracks on the record, kind of mid-classic Kings of Leon for the masses rather than the younger boys willing to experiment a little. It still has its moments of dexterity with a sheen and gloss that rises above the reverb-laden guitars and pretty, yet generic chorus.

And this is exactly where we find issue with Kings of Leon. Over the past decade, there seems to be an internal struggle to find a sound that fits them. They used to be the masters of change and growth (see the transition from album Aha Shake Heartbreak to Because of the Times) but these days it just feels a little laboured and stinted.

You can tell they’re really trying, but it just doesn’t hit home as hard. Stormy Weather feels a little empty and void of good ideas to really help bring it to life, even though it’s something a little different with interesting melodies and rhythms. A Wave, although showing off Caleb’s distinct and powerful vocal talents goes on way too long and just doesn’t feel like it has the energy to really open up.

Even though there are a few filler tracks, this doesn’t mean the album isn’t without its successes, and it does really feel like the beginnings of a return to form for the band. Time in Disguise manages to use ethereal notes and gentle soundscapes to build to perfection before hitting hard with a well-structured chorus. The more gentle and acoustically layered Claire & Eddie harks back to a Nashville flow that’s warm, interesting, and just a joy to listen to.

The record ends with the slow-paced and atmospheric Fairytale, drawing on synthy background sounds and gentle strings to send you on your way via a dreamy soundscape that caresses the soul and gives hope for the future of a very talented band.

When You See Yourself is Kings of Leon once again in transition, but this time it seems like they’re finally progressing in the right direction. It might not be the all-encompassing and originality-fuelled band from old, but the longer you’re in the industry and the older you get, the more difficult it is to stand out amongst the crowd. The album does build an overall sound that has some great moments, but it just needs a little tailoring here and there to really captivate and take it to the next level.