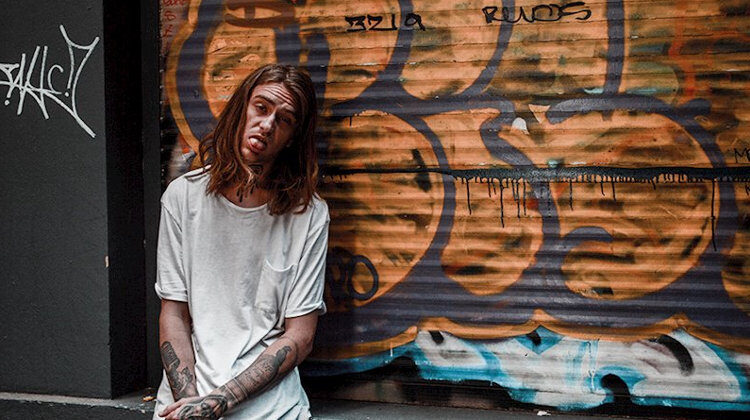 Melbourne-based Alternative Hip Hop artist KID LAB RAT is not afraid to let you know how he’s feeling. It might be hard for some to hear how his tortured soul is coping at the moment, but others may find comfort in knowing that they may not be alone in their darker times. Album More Sad Songs delves into the artist’s innermost troubles and turmoils which are brought to life with a vivid mix of eclectic hip hop beats, heavy guitars, and a dark, ambient sound.

Starting off with murky, slow-building building piano structures, KID LAB RAT’s vocals slide in with all the monotone distance needed to encapsulate the emotional sadness in the lyrics. Later on we get a brief taste of electro beats before a chorus heavy in drums and extended synths holds everything together. With the sweeping nature of the opener, Same Old Songs follows and continues with the emotionally morose atmosphere where the listener may become concerned for the singer. Lyrics of drowning and giving up reverberate in a hypnotising manner by the end of the track but this downbeat nature is also cleverly paced to really bring out the emotion.

By the time track Rolling Lotus comes along, it feels as though we’re slowly breaking through into clearer skies with the atmosphere slowly unravelling and the artist appearing to reveal more of himself. The drums play a more important part in helping the track move forward and the vocals feel a little more clear.

One of the pitfalls of earlier tracks on the records appears to be that the vocals often feel a little too low and muffled compared to the rest of the music. I assume this was done to bring out the sullen and distant emotion in the record, but sometimes you just want to hear them a little clearer. Holding On features Emily Wurramara which adds a little more clarity to the vocals and compliments KID LAB RAT well whereas Blood Stains allows the listener to experience a more dreamscape atmosphere against a fast-paced rap section which works really well.

As we make our way to the end, KID LAB Rat seems to keep climbing out of his shell, drawing strength from heavier beats and more playful sounds. My Blackened Heart has one of the strongest choruses on the record and Behind Enemy Lines brings out a big distorted guitar riff, heavy rock drums and throat-wrenching screams that ebbs and flows throughout the track. It’s a real mind-melter that twists and turns with aplomb. The record then ends with another gently caressing track that throws caution to the water with one of the biggest and most powerful choruses on the record.

More Sad Songs by KID LAB RAT is a slow burner that really comes alive by the end of the record. Early on there are a few issues with the vocal track, but these seem to more or less peter out when, surprisingly, faced against the later louder and more vibrant sections. It’s charm is in when it’s hip hop sound is interlaced with raucous rock sections, creating, at times, a lethal combination of emotional baggage and heavy sounds.