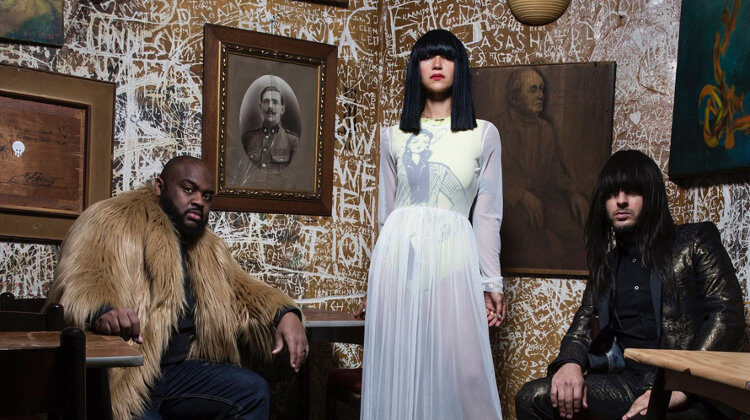 Khruangbin offer up their own Late Night Tales in a compilation showing off their wide range of influences and eclectic mix of sounds.

Khruangbin are no strangers to the fantastic Late Night Tales compilations, in fact, it’s what introduced many of us to the band and gave them their first steps towards stardom. Featuring on Bonobo’s mix back in 2013, the trio gained a myriad of followers which led them towards the release of the fantastic The Universe Smiles Upon You in 2015 and three subsequently well-received records. They’ve now been given the chance to create their own Late Night Tales Compilation which they’ve grabbed with both hands, giving insights to a plethora of influences and diverse sounds from around the world that shaped Khrunagbin’s own mix of ideas and soundscapes.

Opening with the mystical and Illuminations from Alice Coltrane and Carlos Santana, it’s a vibrant start to the compilation as the heavenly strings and settled guitar pace the track perfectly. It bubbles on the surface as much of Khruangbin’s own music does, showing off its heavy influence on the trio’s subtle structures. The brilliantly settled funk and manipulated vocals of Brilliantes Del Vuelo’s I Know That follows, escaping into a settled dub reggae vibe with crawling basslines and funky undertones that really allows you to settle into the groove and ‘bed in’ to that late-night vibe.

For anyone who’s listened to a Khruangbin album, you know it’s their knowledge of music and ability to combine compositions that truly makes them shine. They use the same trick on this compilation but with other people’s music in the most satisfying of ways, collecting songs that somehow just sound right together. Take the short and synthy beat-driven work of Kelly Doyle’s DRM against South Korean trio Sanullim’s disco-funk 80s pop of Don’t Go for example; they both offer up something very different but slide in next to each other easily and bring out an essence and flow that can be missed without each other.

The extended funk of Justine & The Victorian Punks Still You then, later on, provides a downbeat funk against a sensual conversation that effervesces energy and power without raising its premise to the next level. It’s an intriguing find and a wonderful listen if you’ve never heard it.

As with many of the Late Night Tales compilations, this one also includes a cover version from the curators themselves. Khruangbin chose Summer Madness by Kool & the Gang with the band leaning on the summery haze of the original, playing with echo-laden drum snaps and flowing yet translucent electric guitar that slides in and out to perfection. Seating the cover next to the inspired vocals and pace of Spanish singer Paloma San Basillo’s Contigo was an inspired choice, offering a more soulful and playful disposition against the laid back simplicity of the predecessor.

The compilation ends with a spoken-word piece from the band’s fellow hometown compatriot Tierney Malone set against Eric Satie’s Gnossienne on banjo. It’s the perfect, creeping and atmospheric conclusion, lulling you into the early hours of the morning as Malone’s deep tones mesmerise you with their hypnotic poetry and settled cosmic-based thoughts.

Khruangbin’s Late Night Tales is a step into the band’s eclectic and sensory overloading level of influences, showing off the band’s knowledge of music and making you realise why they are the band they are. Drawing on a diverse range of music from funk and Asian pop, to afro-beats, world-dub and boogie-time synths, the record tracks the rise of a band based on the eclectic influence of others.