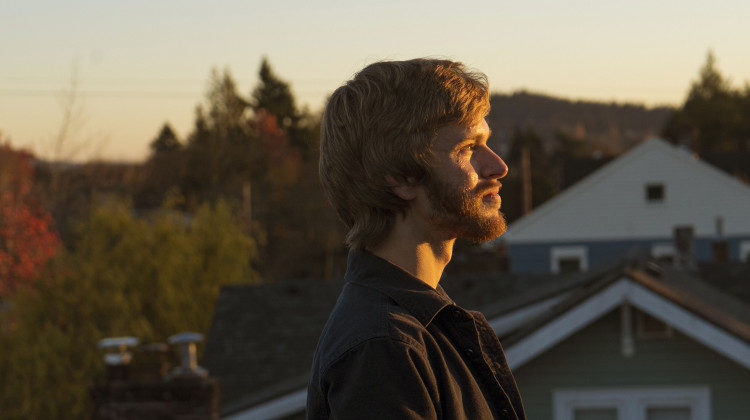 Kennebec, the brainchild of composer Eric Phillips, was formed through seeking a respite to the noise and clamour of New York City. To do this, Phillips moved out to the Pacific Northwest, found his solace and, with no plan in mind, let his imagination flow. This, in turn, created Kennebec and new album Departure which does away with the hustle and bustle of busy streets, instead visualising nature, new dawns, adventure and discovery.

Opener As We Grow Older, calls on settled piano against gentle rhythms as ideas are gradually built upon. Straight away you can hear Phillip’s previous film score influences, feeling like a gentle countryside scene from a Studio Ghibli movie. A serene and soulful opening to the record, much like a prologue. Single Seasons Change then kicks in with a gentle but fast-paced drum track, subtle, guitar-like strings and sounds intermittently changing the scope of the entire track. It plays on these ideas throughout, managing to create a calm that is impressive against the fast-paced drum sounds.

What Phillips does well is to open up a myriad of different worlds which you can dive into with each song, and these worlds appear to get more complex as the album continues. Abundance – In the Reeds piles on the layers and subtle electronica to create a more upbeat piece that brings in water sounds, saxophone and organic changes, whereas Quest bounces forward on an upbeat tempo venturing towards more overt atmospherics and inspired, less crowded sections that allow the track to breathe.

There are still strong moments of serenity and peace littered throughout, however. Wellspring creates a moment of pure reflection, melancholic and trouble-free as it guides you through string instruments, gradually expanding electronic beats and a myriad of ideas that criss-cross their way through the track. The album ends with the aptly named Departure, once again taking its time to settle into its groove before the sun rises on added layers, adventurous strings and perfectly interspersed horns.

Phillips has done a great job at creating a new dawn in album Departure. Its uplifting atmosphere and growing confidence throughout is just like waking up on a new day full of promise and wonder. The way the layers dance around each other is intriguing, leaving you to find something different with every listen in a record that you will be coming back to again and again. Play it before you go to work and nothing will bring down your day.