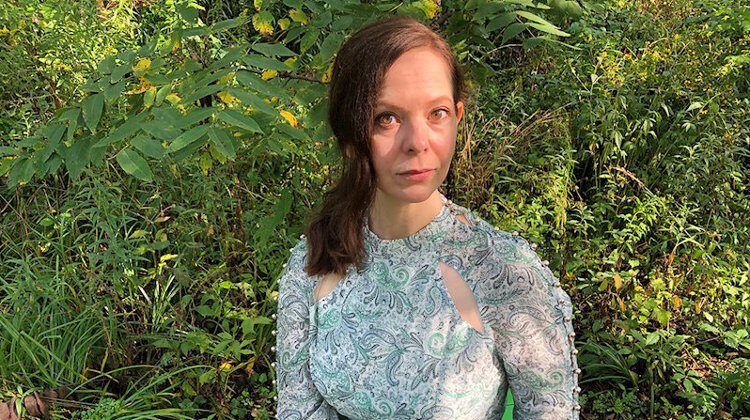 Keen Garrity takes us on a mesmerising journey throughout her country-tinged debut album, Get Big.

Knoxville, Tennessee native Keen Garrity really has a way with storytelling that is unleashed on her debut album, Get Big. Using her words to structure thrilling tales that jump into your imagination, the artist backs this up with a mix of sinister and playful country melodies that work surprisingly well next to each other.

Starting with Shotgun, we’re straight away thrown into Garitty’s storybook world as layered vocals and wailing guitars lead an energetic track forward. Crunchy beats provide a strange background which feels a little out of place at first against the pop-laden rhythms, but you get used to it after a while. Following track Cast You Out relies on a more bass-driven, sinister vibe, with beautifully layered vocals and lyrics providing the key to bringing the track together: “I don’t know if I know what the voices are saying but I know it can’t be good.”

As we get further into the record, it’s as if Garrity becomes more confident in her own voice and the music improves for it. Broken Once shows off the singer’s dexterity in both style and substance, starting off slow and steady but then not afraid to take chances by veering off in interesting directions. Get Big, the longest track on the record at nearly 8 minutes, is perhaps the most folk-driven song that moves forward on a rolling drum beat and allows Garrity to really unleash her best tales of hardship that twist and turn towards a conclusion.

It’s not just the words, however, which allows the music to come to life. The last two tracks on the record are perhaps the most inventive, musically. What You Put In It leaps forward in fits and starts to one of the most energetic choruses on the record whereas album closer Stauesque falls back on those country folk tones once again as melodies build and fall away and combine with Spaghetti Western interludes in the perfect way.

Get Big by Keen Garrity is quite the journey. Taking you through these out of this world concepts to more down-to-earth topics, the over-arching country-laden vibe allows Garrity to bounce from idea to idea in interesting ways. It hits home well most of the time, and with a little more tightening up in areas, the overall atmosphere could be mesmerising. It really is a very intriguing listen.