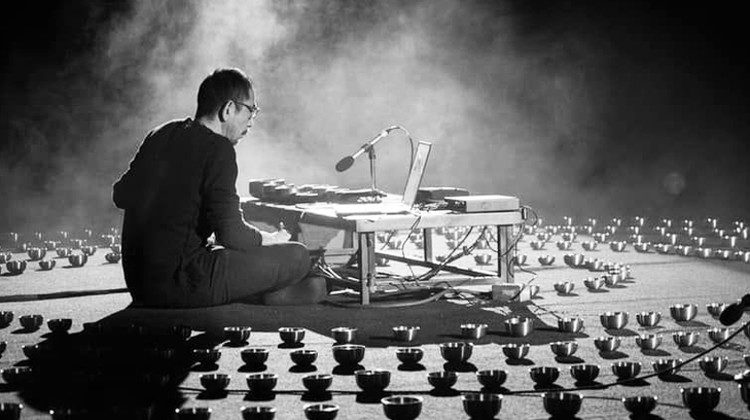 Master of ambience and soundscape Kazuya Nagaya creates a consciousness workout that washes away your cares on new record Dream Interpretation.

Japanese percussionist, writer, and ambient music creator Kazuya Nagaya really knows how to manipulate and mould minds. Spending half his weeks teaching in Tokyo, and the other half composing and writing at his home in the Japanese Alps, you can really feel these two polar opposites on new album, Dream Interpretation. Using bells linked to zen Buddhism, the composer manages to create sounds that evolve and heighten your senses as the music progresses, reverberating and resonating with ambient tones throughout.

Thanatos starts the record as dreamscape synths and bell-like tones create a layered opening that delves right into your soul.  Resonating through mindful layers, the track picks and prods at your consciousness, awakening it from its daily troubles and settling it down for the mindful ambience that follows. Heavy strings then invade, awakening you from the previous hypnotising slumber before once again dissipating by the end of the track. Mother Wading in the Water carries on the good work, once again creating an immersive atmosphere that is heightened by resonating bells that open doorways amongst an ongoing background ambience. You get the first real feeling of zen Buddhism on this track that lays out the path for the entire record.

If the beginning of the record settles and welcomes you in, the rest is designed to open your senses even further and work on your mindset and consciousness. If you allow it, the relaxation and remedy of the tracks could help the most tense person unwind and feel refreshed. With Tibetan Philosopher, you can almost see the mountains of the region as synths and bells recreate chilly winds and stern instances, whereas Dream Interpretation II then plays on a more religious sensibility including hypnotic chanting, moving vocal warblings and a deconstructive atmosphere that frees and captivates the mind at the same time.

The Book of Sunken Memory ends the record and is as ominous as it sounds. Delving deeper and more chaotically into your thoughts, it features a darker edge that slowly tempers away. It feels like it was designed to peel layers and reveal things you didn’t know were there. It’s not a soothing track but is deconstructive, ritualistic and an eye-opening end to the record.

Kazuya Nagaya has created a soul-cleansing and spiritually opening album in Dream Interpretation. If feels like an entire mind overhaul. If you listen from beginning to end, it will guide you with settled resonations and gently alluring synths, before getting into the thick of things and releasing a growing ambience that picks apart your mindset and reconstructs your consciousness. It can be a truly magical experience that washes away the day’s hardships and leaves you in a much better place.