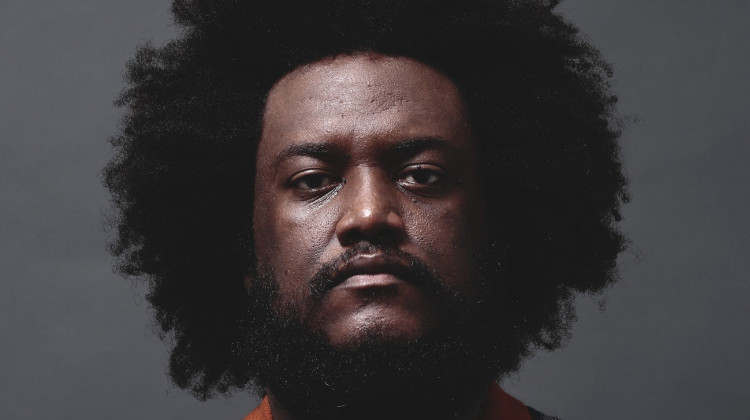 Ever since 2015’s mammoth, triple-disc odyssey, The Epic, the LA-based tenor saxophonist, composer, bandleader and multi-instrumentalist Kamasi Washington has been a major player in the recent revival of jazz’s fortunes. His emergence as the spearhead of a new wave has led to a slew of interesting and off-kilter collaborations, most notably as wingman for hip-hop superstar Kendrick Lamar on his acclaimed To Pimp a Butterfly album. A key to his runaway success has been a sure-footed willingness to confound and subvert expectations, eschew the obvious pragmatic route and avoid the trap of diluting his sound for commercial crossover gain.

Whilst the soaring messages of empowerment, pulsing rhythms and choral fanfares of Washington’s state-of-America maximalism make a smooth fit for the Obama presidency’s sense of optimism and progressive forward-thinking, the soundscape essayed on Nadia Hallgren’s Netflix documentary companion to Michelle Obama’s 2018 memoir conjures an unexpected jolt to the senses: he can do punchy and pithy equally as well as lavish and grandiose.

The fifteen cues assembled on Becoming barely hit a half-hour running time, which ensures a cutting to the quick that plonks Washington’s exultant horn chops firmly in the foreground rather than as one intoxicating flavour within an ornate tapestry of sound. Long-time fans of his band’s cosmic, limitless sweep might need a gear-change in order to acclimatise to the peppy, pop-friendly and riff-based miniatures which suggest a future side-line as a film composer for hire.

The airy opener, Shot Out of a Cannon, lures the listener in with its gentle bossa, gossamer piano and willowy reeds; it’s over almost as soon as it’s begun but like a good short story it leaves you wanting more. The title track is propelled by scratchy funk guitar, churchy organ and rousing horns. His forlorn sax assumes centre stage on the beguiling, string-draped Take in the Story, which gives way to the sultry instrumental Southern soul of Southside V.1. Meanwhile, the cinematic silk of Dandy is sharply reminiscent of a breezy, bite-sized interlude on one of the great and gilded Curtis Mayfield or Isaac Hayes soundtracks from the 1970s.

Floating back into a more straightforward modal style is the melancholy and pensive Song For Fraser, a rain-streaked ballad which accompanies footage of Michelle reminiscing about her father’s love of jazz records in the documentary. Its mix of dreamlike piano chords, velvety sax and demure brushwork proves to be one of the album’s high points, an eloquent nocturnal reverie splashed with echoes of Matthew Halsall.

We suddenly turn a corner as Announcement swoops into view with its low-slung Blaxploitation groove offset by mournful strings, piano and organ. This is followed by another swift morphing of gears as Detail unfolds briskly as a sinuous, urgent modal vamp drawing upon the classic Blue Note sound.

Fashion Then and Now commences with crystalline piano and a cloud of shivering strings before the haunted woodwinds enter the fray. The intense and stirring Provocation bestrides the collection with resolute self-assurance and gravity, an orchestral storm of a track which provides the backdrop to a particularly sobering scene in Hallgren’s film revisiting the heinous racism weathered by the President whilst in office; I could have had another ten minutes more of its incandescent, Attica Blues-speckled fury. The cinematic soul of Connections is just over a minute long, all choppy loops, loping bass-drums and fleshed-out licks, whilst Looking Forward delivers powerfully evocative and serene billows of strings.

Those expecting gargantuan blasts of heavy-tread, interstellar expressionism and swampy psychedelia from Kamasi Washington will be disappointed by this relatively modest score, but it’s a joy to hear a great master operating on a smaller, supper-club scale and locating pockets of simmering melody within such a low-key, almost self-effacing framework. Becoming makes for a bewitching detour.