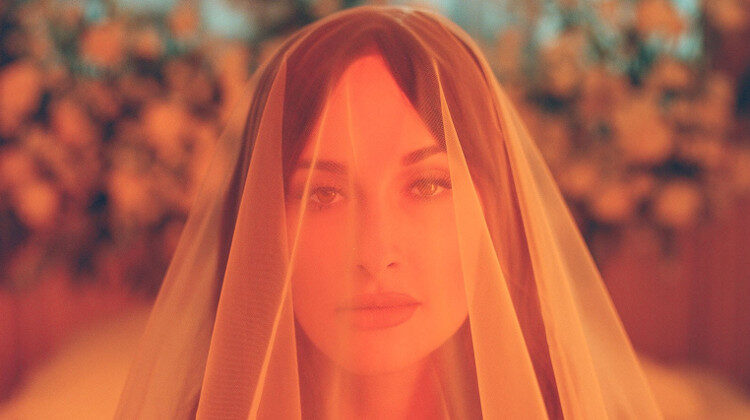 Kacey Musgraves continues to beautifully evolve as an artist on her fifth studio album, Star-Crossed.

Growing up as a kid, I didn’t like a whole lot of country music except good old Taylor Swift. Other country tunes I would hear just didn’t have the same effect on me and for a long time, I desperately struggled to find some country that appealed to me.

Thankfully as I grew older I found a whole bunch of country artists I enjoyed such as Florida Georgia Line, Luke Combs, Maren Morris, Kelsey Ballerini and, one of my personal favorites, Kacey Musgraves.

It was interesting to hear albums such as Pageant Material because while I did get a kick out of it, I felt like Musgraves had some untapped potential that she just hadn’t fully unleashed yet. Luckily that potential was fully realized and put on display with Golden Hour which is, in my opinion, is one of the finest albums in the past five years – a country album unlike anything I have ever heard.

That record was a sweeping assortment of country pop songs that featured some truly beautiful lyrics, impeccable production and wonderful vocals from Musgraves. The same exact thing can be said about her latest record Star-Crossed – while it’s not quite as good as Golden Hour, it’s still an excellent album and further demonstrates that Musgraves is an incredibly powerful artist in the industry.

The album kicks off with the title track which opens up with Musgraves harmonizing while banjo strings slowly pluck themselves into the song. It’s such a magical transitional moment and when Musgraves comes in singing “Let me set the scene / Two lovers ripped right at the seams”, it’s hard not to feel instantly swept away by her musical prowess.

Star-Crossed as an album is easily one of the most relaxing yet empowering albums I have heard all year and shows that in the years Musgraves took to make this record, she didn’t have many hiccups. It all feels carefully planned out – it’s essentially a break-up album told entirely from her point of view and talks about her intimate, melodic feelings.

But it’s a record that shows that she isn’t fully happy yet and she understands that true happiness takes a long time to truly receive and the journey is long – this is best demonstrated on Camera Roll where she can’t help but look at old photos of herself and reminisce about happier times, saying “Chronological order / And nothing but torture / Scroll too far back, that’s what you get”.

At the same time, she also recognizes that true love is rare and if you genuinely feel it, you have to chase it on Hookup Scene where she says “If you’ve got someone to love… hold on tight /

Despite the way they make you mad / Cause you might not even know that you don’t have it so bad”.

Star-Crossed can occasionally lack that small punch that gave Golden Hour such a distinct feeling but it’s nevertheless an amazing record and showcases that Musgraves is continuing to evolve not only as a singer but as a lyricist as well. She isn’t a household name yet but I wouldn’t be surprised if that happened in the very near future.