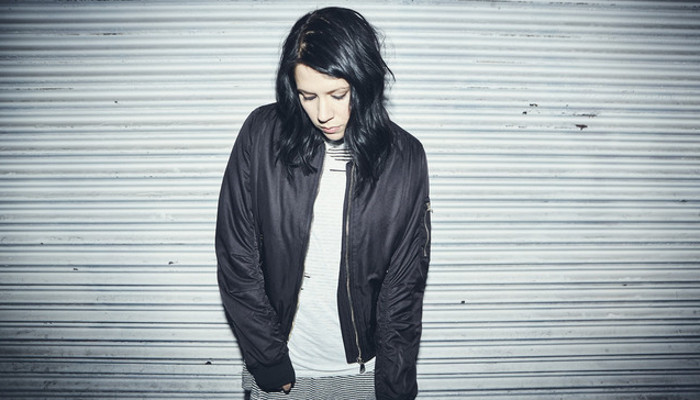 K.Flay has never been one to hold back in her music. Her penchant for focussing on difficult topics and difficult times means the singer fits in perfectly with the recent love towards goth-pop, as the Lorde’s and Billie Eilishes of the world start taking over the charts and festival circuits. K.Flay’s new album Solutions builds on 2017s Everywhere Is Somewhere with subtle hints to other genres being laid over a dark, synth-pop sound that features some of the singer’s strongest lyrics to date.

Lo-fI opener I Like Myself (Most Of The Time) is subtle but hard-hitting. Lyrics about the pressures on women in society and the ongoing social-media related push to be perfect in a world really hit home: “Everybody wants to be the girl, everybody wants to be extraordinarily beautiful”. The way she fits words around the beats is inventive and appealing and the chorus almost releases all of K.Flay’s frustration as it bursts out amongst pop beats and synthy undertones. 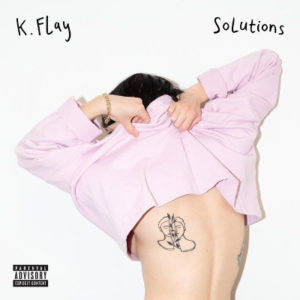 Bad Vibes takes on a more hip-hop atmosphere which fans of K.Flay know she loves to frequently incorporate in and around her music. You can hear a bit of Lorde in there as she turns against the world, speaking about how negative emotions can be used in negative ways: “You think it’s hot to be down well it’s not”. Sister looks towards 80s pop to bring out a subtle flavour of lo-fi beats and some of the nicest melodies on the record, whereas Good News uses fuzzy synths and a dark atmosphere to move into an arty chorus relying on melody to draw in the listener. It could be a bit more epic, but happy to lie back on its laurels.

Not In California continues the genre-hopping with a grungy atmosphere that looks back to punk-pop bands of the 90s for inspiration. It’s plinking guitar sections lead into a rollicking chorus that is sure to be a highlight on the live circuit. The record ends with DNA, a heartfelt track discussing the singer’s late father who died when she was 14. It reaches out and almost feels like therapy as she touches on topics of difficulty and remorse: “I recognise parts of you in me, the parts that can’t find peace, my soul feels old”.

Solutions really is a mixed bag of a record. Flitting between ideas and genres seems second nature to K.Flay and it’s what always keeps her music interesting. The record does find some common ground in its underlying Lo-fi, synthy sound, but the frequent layers of hip-hop, indie and pop rise to the forefront throughout, helping to bring the music out of its shell. The tracks might not be as hard-hitting as previous efforts, but the lyrics throughout are some of her best to date, giving the listener a real insight into the singer’s current mindset.